It's Open Season on "The Most Dangerous Game" in America's Cities 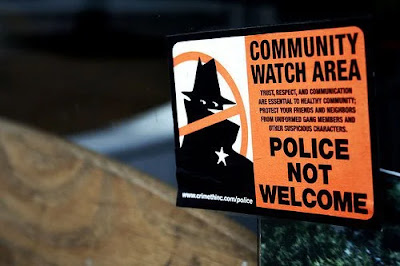 Friends, one of the biggest stories not being covered by the mainstream media (and there are many!) is the startling, unprecedented rise in murders in our cities.  Thousands died needlessly of criminal violence in 2020 in New York, Chicago, St. Louis, Detroit, Los Angeles, and beyond.  Democrats like to talk about there being "two Americas": one privileged and prosperous and safe, and one downtrodden and poor and riddled with violence.  Well, they're half right.  There really are two Americas, but, contrary to popular misconceptions, urban America isn't poor.  Per capita incomes there are high, and cities are awash in revenue, compared to rural areas.  They certainly suffer from no shortage of government spending.  Nonetheless, they are cesspools of violence.  That's true for a number of reasons, but high on the list is chronic mismanagement by woke (and usually corrupt) bureaucrats, exacerbated by deeply ingrained hostility to police and the criminal justice system, stoked by politicians for selfish gain.  And the simple fact is that Democrats insist on making the rest of America -- our suburbs and countryside -- more like our cities in terms of public policies.  That would be the same cities they've already driven into the ground, and from which people are fleeing in droves.  And what's equally tragic is that most of the murders in these cities go unremarked by "progressives", because they aren't politically or ideologically useful.  I mean, unless you can blame a murder on a police officer or a conservative white male, who cares, right?  You can only shake your head at nonsense like this -- shake your head and pack some heat!