Who is Dr. Waddy and What Does He Stand For? 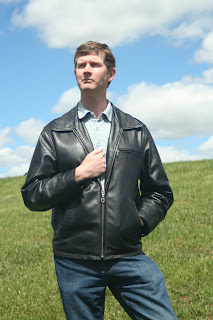 Who, you may ask, is Dr. Nicholas L. Waddy, and how did he get so smart?

Dr. Waddy is Associate Professor of History at SUNY Alfred.  He specializes in 20th century European and African history.  He is the author of a novel, Jewel of the East, set in 18th century India, as well as a European history textbook, The Essential Guide to Western Civilization, published by Routledge.  He is a lifelong observer of American and world politics, and has served as a Republican committeeman, a campaign volunteer, a newspaper columnist, and, once upon a time, as an intern at the Heritage Foundation and the American Enterprise Institute.  Since October 2016 he has been regularly writing articles and speaking out publicly in support of American values and conservative ideals.

What Does He Stand For?

Truth, Justice, and the American Way, of course!  More specifically, he is a nationalist conservative who advocates:

This is by no means an exhaustive list, as Dr. Waddy has an opinion on every issue under the sun!  Stay tuned.

Dr. Waddy can be reached at: NLWaddy@yahoo.com