The New Normal Isn't Normal At All 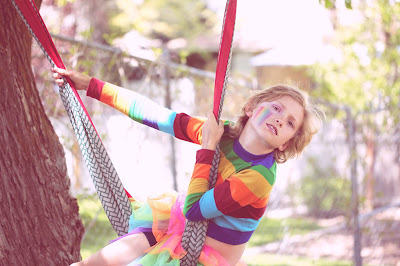 Friends, the "trans" agenda has gone way, way beyond allowing people to redefine their gender identity.  It's now about insisting that you, and all of us, must agree with and support anyone who is "trans".  Failure to do so is "hate", and expressing disagreement is "hate speech".  Check out this article about a father who is facing jail time for resisting the court-ordered "transition" of his daughter into masculinity.  In fact, not only is he unable to prevent this transition -- he's not even allowed to speak out about it!  Granted, that's Canada -- a socialist dystopia if ever there was one -- but if you think this sort of thing can't happen here you're in for a rude awakening!

The national and international politics surrounding access to coronavirus vaccines is getting darn interesting!  So far Israel, the U.S., and the U.K. are the world leaders in providing their populations with the vaccines.  Countries that are lagging are starting to confiscate the limited supply, therefore.  It appears we're using our stockpile of AstraZeneca vaccine to strong-arm Mexico into deterring Central American migration.  And this is just the beginning!  If there was ever an object lesson in why you DON'T want to be dependent on other countries for critical medical supplies, this is it.

This piece is full of nonsense.  It's an argument for slavery reparations.  It's worth a read, however, because it attacks the issue from a direction that could be fruitful for the Left.  Giving giant checks to every descendant of slaves in America is probably infeasible.  Changing the ground rules for everything from education, to hiring, to health care, to welfare, to government-backed loans is eminently feasible.  Basically, instead of cutting checks the government could mandate discrimination -- "positive" discrimination in favor of blacks.  And, if in favor of blacks, why not in favor of every "protected category" that lefties so admire?  This is the future, folks: "antiracism" requires us to treat whites as second-class citizens...and anyone who objects is a white supremacist.  Simple as that.

Don't look now, but "President" Biden just pulled a Jerry Ford: he stumbled on the stairs leading up to Air Force One.  Quick, reporters: look away!  Wanna take bets that SNL will start making fun of Biden for his clumsiness?  Yeah, right.  They wouldn't dream of it.

The rapidity with which the Left was willing to blame the recent killings in Atlanta on "white supremacy" is enough to make your head spin!  These people define the term "rush to judgement"...

"President" Biden has made it clear: all men accused of sexual harassment are presumptively guilty...except, one assumes, Biden himself.

And this one is well worth a few minutes of your time.  The Left is peppering major corporations with shareholder proposals to advance their agendas of "climate justice", "racial justice", "trans justice", and other forms of justice which are, of course, the opposite of justice.  Why is it only the Left, or mainly the Left, using these strategies?  How about a shareholder proposal to ban race preferences?  I'd like to see that!  How about you?

Posted by Nicholas Waddy at 2:56 PM