Guess What, Joe? We're Laughing At You, Not With You 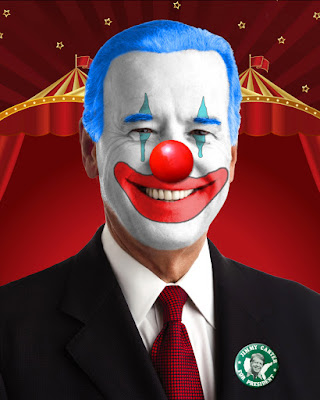 Behold!  As promised, I bestirred myself to write an article, and here it is!  I analyze how SNL's recent satire of Biden portends real problems for Sleepy Joe, insofar as, even hermetically sealed in his protective bubble, he's only been modestly popular.  Exposed to the light of day -- and to comedic, not to mention editorial, scrutiny -- he'll wither instantly.  It won't be pretty either.  I predict that Biden's average approval numbers will soon dip below 50%, and with that decline all hope the Dems have of passing most of their harebrained agenda will go up in smoke.  In short, things are looking up!  See if you don't agree...

In other news, you might enjoy this preview of Governor's races in 2022.  In 2022, control of the House and the Senate will be on the ballot, for sure.  In addition, we need to keep our eye on races for Governor and even Secretary of State, because these state-level officials help to oversee elections, and as we all know unless the 2024 election is fair we haven't a snowball's chance in hell of winning it...which we need to, if this country is to avoid falling into the pit of Bolshevik despair.  Ergo, these state-level races matter!

Here's Tucker Carlson's (characteristically brilliant) take on the legacy of George Floyd's death.  In essence, the politicization of Floyd's demise, and the demonization of law enforcement, have led inexorably to a rise in violent crime and the consequent victimization of thousands of innocents.  So, if the goal of BLM and its fellow travelers was to kill as many black people as possible, so far they're doing a bang-up job!

Finally, if you listen to liberals (and I'm not sure why you would), you've heard that Georgia's new election law is just like "Jim Crow", i.e. just like early 20th century segregation in the Deep South, which systemically denied blacks the right to vote.  Well, it ain't.  Once again, the Dems are crying "Wolf!" when they're practically swimming in sheep.