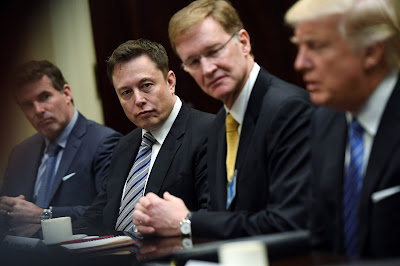 I hope you had a wonderful Thanksgiving holiday with all the trimmings!  Now, feast your eyes on my latest article, published in an exciting new venue, American Thinker.  It's about Elon Musk, who you may know for his ventures in space travel, solar energy, and electric sports cars.  Musk is also a prodigious consumer of government funds, and my piece tells that side of the story.  Read on:

But that's not all!!!  I offer you this special bonus -- an article in National Review that summarizes President Trump's many accomplishments to date.  It's the perfect antidote to all the naysaying you'll encounter in the mainstream media.  Enjoy!

Posted by Nicholas Waddy at 1:47 PM No comments:

Trump's Asia Trip and the Need for Missile Defense 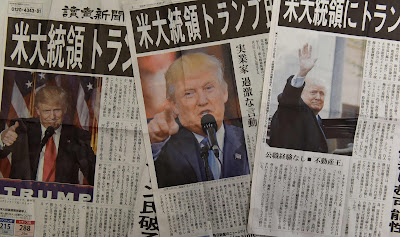 Recently, as you will know, Trump hit Asia like a typhoon, uprooting complacency everywhere he went.  His firm and unapologetic adherence to America First principles, coupled with unswerving respect for the peoples and cultures of Asia, were just what was needed.  My most recent article praises Trump's accomplishments during his Asian tour, and repeats my earlier call for a strengthening of U.S. missile defense capabilities, to give President Trump maximum leverage in dealings with rogue regimes like the one in North Korea.  More importantly, missile defense gives the USA the ability to defend itself from nuclear attacks -- and in that sense every component of our missile defense systems is worth its weight in gold!  Luckily, though, these systems aren't made of gold -- in fact, they're remarkably cheap, given what they can do.  All the more reason to make them stronger.

Here's the article, which has so far appeared in American Greatness and the Lockport Union-Sun and Journal: 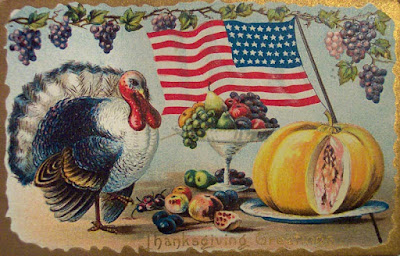 I hope you all have a wonderful holiday, and please don't forget to say a prayer and give thanks for all the blessings that come with living in the US of A!  We're very fortunate, despite all our gripes.  It pays to remember that. 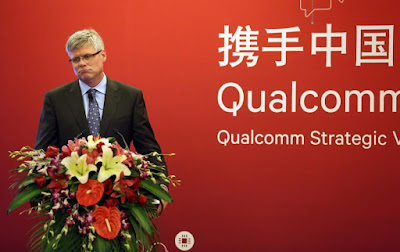 Greetings!  As many of you know, I am concerned, like so many Americans, about the rise of China, and I wholeheartedly support President Trump's agenda of recasting our relationship with China to protect U.S. interests and American jobs.  We should anticipate, however, that many big corporations will be more concerned with their bottom lines than they are with U.S. national interests.  Qualcomm is a case in point.  It is increasingly becoming a Chinese company rather than an American one.  The stakes are high, because Qualcomm, and companies like it, possess technology secrets that underpin American strategic and economic dominance.  We cannot afford to see these advantages compromised.  Luckily, President Trump is showing a lot more vigilance in the protection of our national interests than any President in recent memory.  That's no reason for complacency, though.  Read my article, and you'll have a better understanding of the dangers that we face:

Trump and the UFC 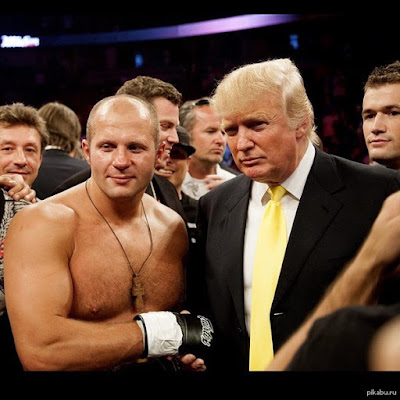 Friends, containing the growth of big government is an endless task.  Even most Republicans in Washington are lukewarm fiscal conservatives and states' righters, and most Democrats are a lost cause.  It turns out some in Congress, in fact, would like to work some federal magic on the mixed martial arts scene, which, as you probably know, is flourishing.  Let's tell Uncle Sam to mind his own business, shall we?  Here is my analysis of the issue, published in Townhall (another new venue for Waddy prose):

Marxism and Racism: A Primer 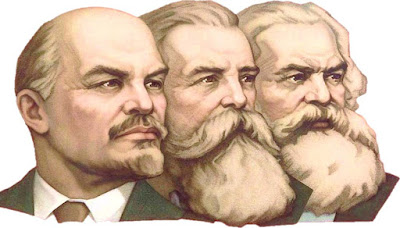 I would like to recommend the article below, which sets in historical context the modern leftist/socialist claim to carry the banner of anti-racism.  There are indeed historical connections between leftist ideology and racism, and certainly there is no lack of evidence that Marxist ideas can inspire mass murder.  Where the author falls short, however, is in his failure to recognize the fact that race has become the ideological touchstone of the modern left -- that literally everything and everyone the left dislikes is now "racist".  Moreover, the knee-jerk anti-white prejudices of the left are themselves racist, albeit a form of racism that probably the likes of Marx and Engels never foresaw.

https://capx.co/socialisms-obsession-with-race/
Posted by Nicholas Waddy at 3:32 PM No comments: 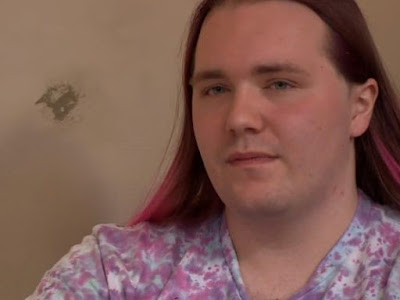 Friends, you didn't think for a moment that the transgender movement was the endpoint of liberal wackiness, did you?  Oh no.  There's more to come.  Much more.  Witness this article about a man who is, in addition to being transgender, "transracial".  He was born white, but identifies as Filipino.  Now, here's where it gets interesting, because the law is very clear about who can be defined as "white", "black", "Hispanic", etc., based on ancestry, because, lest we forget, many tangible benefits provided by government are based on one's race or ethnicity.  Thus, we can't have (loathsome) white people redefining themselves as (noble) minorities willy-nilly, now can we?  Moreover, as this man admits, he fears being accused of "cultural appropriation".  In other words, people of color sometimes jealously guard their cultural uniqueness, which they are unwilling to share with unworthy white people.  Issues like these, needless to say, tie up liberals in knots.  You might recall the white woman who redefined herself as black, and became, for a while, the head of the NAACP chapter in Spokane, until she was laughed out of town.  Why, you ask, is every transgender individual to be celebrated to the nth degree, while people who are "transracial" are suspect, in liberals' eyes?  You would think, given that gender is much more rooted in biology than race is, that it would be easier, not harder, to make a claim of bring transracial, but such is not the case.  The question, as always, is one of leftist sensitivities.  Leftists like the transgender crowd.  Years of propaganda have convinced them that transgender people can be permitted into the hallowed halls of victimhood, and thus every transgender person, even if they betray their country, is a hero.  Perhaps in a few years liberals will feel the same about transracial folks.  I doubt it, though.  Much as liberals profess to disbelieve in the reality of race, it is such a defining characteristic in their eyes, and minority status is so precious to them, that they will be loath to share it with anyone who doesn't make the grade.  Mark my words: the political and legal definitions of gender and sex will get slipperier and slipperier -- but race will remain inviolate.

Not So Fast, Democrats! 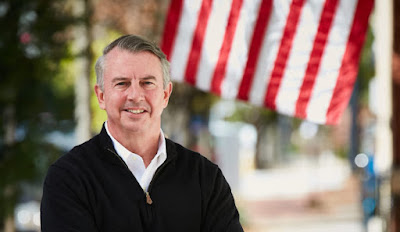 I hope you're all having a happy and/or solemn Veterans Day!  FYI, today I appeared on WLEA's "Top Story" program, and the main topic of conversation was the recent election results in Virginia, New Jersey, etc.  My position is that, far from signaling the ruin of the Republican Party, the real takeaway is that the political dynamics haven't changed much from November 2016 to now.  Listen in and decide for yourself:

http://wlea.net/newsmaker-november-11-2017-professor-nick-waddy/
Posted by Nicholas Waddy at 9:55 AM No comments: 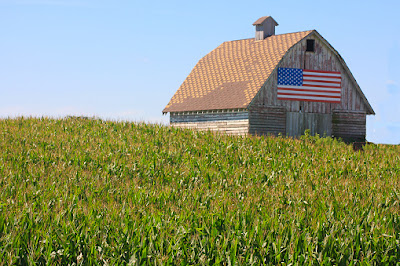 My most recent article addresses a critical problem that all too often the mainstream media completely ignores: rural poverty.  One of the best ways to create opportunity for rural Americans is to bring broadband internet to every corner of this nation.  It's a technical challenge, but we're making considerable progress, and more may be coming.  Read on for additional details.

Incidentally, one of this blog's most faithful and insightful followers, who you will know as Jack, pointed out to me that an additional benefit of bringing broadband internet access to millions more Americans is that they will be empowered to access information, education, and entertainment NOT approved by the mainstream media and/or the corporate/academic/Hollywood/Washington elite.  Now THAT is a goal worth embracing, wouldn't you say?

http://www.oleantimesherald.com/commentary/trump-s-fcc-can-lend-helping-hand-to-rural-america/article_a3ed6220-c1b9-11e7-959b-cf811f69c1ac.html
Posted by Nicholas Waddy at 8:20 PM No comments: 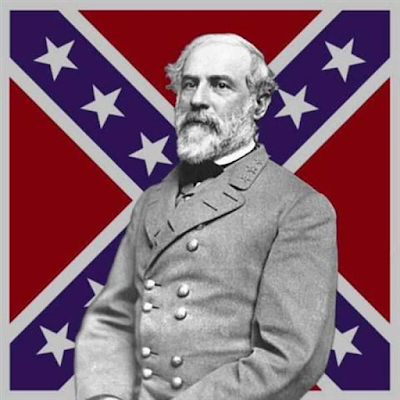 Recently, General Kelly got himself in hot water for daring to praise (gasp!) General Robert E. Lee, the scrupulously honorable commander of the Army of Northern Virginia.  I feel General Kelly's pain, insofar as I too have been lambasted for having the temerity to state the obvious about Lee.  Here is a fine analysis of the issue of Lee's legacy: