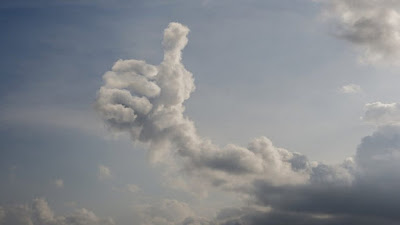 Friends, the end of the work week brings with it the promise of rest and recuperation...and more time to engross yourself in all things Waddy!

Speaking of which, I'm quoted extensively in this Sputnik News piece about why President Trump (rightly) held the intelligence community at arm's length.  Check it out:

In other news, Democratic soft-on-crime policies are costing thousands of your fellow citizens their lives, and most of the victims are, in case anyone has forgotten, people of color -- the very people whose interests the Dems claim to be championing!  Their response to this carnage?  Sweep it under the rug.  Only crimes in which white men figure as perpetrators/suspects are of even remote interest to the mainstream media.  All other criminals are, in fact, victims!  The police should give them a wide berth, and, if they happen to run afoul of the law, they should be released without bail ASAP to continue their ravages.

Meanwhile, Mayor Pete and Kam Kam enjoyed a big bear hug together recently, symbolizing their mutual descent into ridiculousness.  It's instructive that the White House needed to arrange this public display of affection between the two, just to tamp down speculation that Harris is soon to be ousted and replaced by the Wunderkind.

In case you're keeping track, it's now official: the GOP recaptured the House of Delegates in Virginia in last month's election!  Virginia is a "blue state", you say?  We might start to redefine that term, or at least apply it very differently, in the near future...

Lastly, the American people are rolling their eyes at the "January 6th" charade being foisted upon them by House Democrats (and their fellow travelers, Liz Cheney and Adam Kinzinger).  Voters rightly perceive that the "insurrection" is being milked for maximum partisan political advantage.  But hey -- you can't blame the dastardly Dems for trying to change the subject...  Smooth move, lefties.

Posted by Nicholas Waddy at 2:56 PM