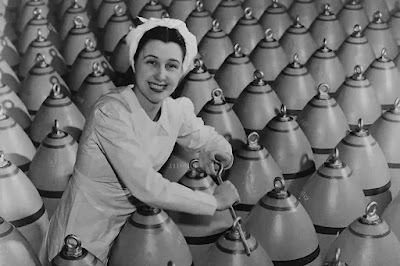 Friends, you can't blame the Dems for trying to distract us from the myriad crises besetting America and the world now that "the adults in the room" are back in charge, but their efforts to paint the events of January 6th as an "insurrection" and to tarnish the whole Republican brand as traitorous haven't gotten them very far.  The generic ballot polls we see every day are ample proof of that.  Of course, the Dems can always persuade themselves that the "smoking gun" is coming any day now.  Uh huh.  Sure it is.  Good luck with that.

Recently, Sputnik News solicited my views on the Dems' January 6th fiasco, and I really let Pelosi and her minions have it!  Check it out:

In other news, my prognostication that the Dems might destroy democracy in order to save it is getting some validation from Kam Kam herself.  She's opining that the alleged threats to American democracy -- voter ID?  only giving people a month to vote? -- are the biggest single threat to our national security.  And, in case it hasn't occurred to you, if your opponent in the democratic process doesn't play "fair", that raises the question of why you should continue playing the game...  Likewise, here's an article in Mother Jones about how despicable an institution the U.S. Senate is.  Again, such wild rhetoric can, and perhaps someday will, justify executive action to reformulate or abolish the Senate.

There was some good news in 2021: the mainstream media is attracting a lot fewer readers and viewers than in 2020.  That continues a long process of decline.  This article doesn't even consider, however, the rise of alternative media.  For instance, Fox's viewership is in decline, but Newsmax, OAN, and other unabasedly right-wing outlets appear to be surging.

Remember when J. K. Rowling got pilloried for advancing the outrageous, heretical notion that there are only two genders?  It appears the vast majority of Americans agree, and among those who agree most strongly are black Americans!  If Republicans were smart (a big "if"), they would press hard on these social issues in the black community, because many blacks are not at all in sync with the "progressive" social-cultural agenda of the Left.

Speaking of protected groups, how would you feel if your school district started paying teachers differently based on their race?  Great idea, right!  Add in a little de facto segregation, and we're right back in the 1950s -- America's golden age!  The weird thing, though, is that it's the Left insisting on racial discrimination these days, to correct the wrongs of "systemic racism".  No thanks!

Lastly, as bad as economic conditions may seem, it's worth reflecting on the fact that we live in the richest country in the world, and the richest country that's ever been.  What's more, the world as a whole has made incredible economic progress, thanks largely to the wonders of modern technology.  China and India, for example, which a few decades ago were impoverished backwaters, are now challenging G7 powerhouses like Britain, France, and the USA for economic supremacy.  By and large, this is a sign that we humans, for all our moping, are still achieving remarkable feats and exponential growth.  We're a plucky bunch!  We're so inventive and irrepressible, in fact, that even a plague of Democrats barely slows us down...

Posted by Nicholas Waddy at 3:41 PM