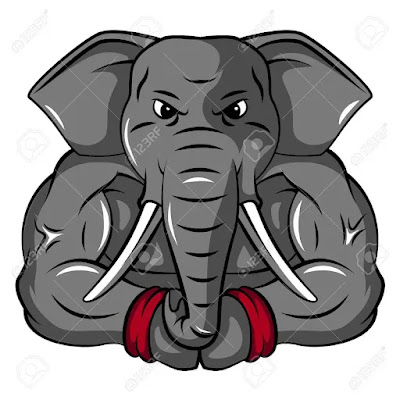 Friends, thanks mainly to the ineptitude of Democrats, Republicans are riding high in CNBC's latest poll, with a record ten point lead on the "generic ballot" question for 2022.  And this is what the Left's own data is telling us!  Man, oh man!

Among the biggest takeaways from the CNBC poll is the fact that the pandemic is no longer Americans' top concern.  Now, it's inflation that's worrying us more.  To date, the Dems have been downright dismissive over concerns about inflation.  Likewise, they deny that there is a "crime wave" or a problem at the southern border.  As the voters' skepticism rises, even self-satisfied Bolshies will have to ask themselves whether living in denial is the best approach to electioneering...

Another poll is revealing that Americans' trust in our major institutions, including the military, the presidency, and the Supreme Court, continues its precipitous decline.  As Republicans, we might be inclined to see this as "good news", because an angry and dissatisfied public is likely to support a change in leadership.  That's true, as far as it goes, but when the American people lack confidence in ALL of their institutions, it becomes much easier to convince them that system itself, or the Constitution, is the problem.  I worry that the Dems, once they realize how much the electorate has turned against them, will make a move against democracy itself.  At the very least, they could declare Donald Trump, or even mainstream Republicans, "out of bounds", and forbid us from running in 2022, 2024, or beyond.  They're pretty close already to condemning us as outlaws and traitors.  Why not go all the way?

Speaking of the delegitimation of Republicans, conservatives, and "dissent" in general, some establishment Republicans are actively aiding in the process.  Mitch McConnell and the Dole family seem to regard casting doubt on the results of the 2020 election, and participating in illegal acts of "insurrection", as the same thing.  That sort of fuzzy thinking is totally un-American, in my view, because it can (and is intended to) prevent Americans from exercising their right to free speech.

In other news, there IS a crime wave, much as some leftists continue to deny it.  Some other progressives, however, are starting to wake up, as their own environs become less safe, and as their friends and family members become targets.  Most leftists are too ideologically committed to the lionization of violent criminals to change course, but moderate and independent voters are a whole different story!

There's very bad news for those of us who live in the Empire State: an indoor mask mandate has been reinstituted for all businesses.  I thought the days of donning a face diaper when I visit the grocery store were over.  It will be fascinating to see if people comply, and if businesses pester them to do so.

As we all know, Jussie Smollett's faked beating at the hands of Trumpian racists/homophobes was eagerly and uncritically embraced by almost everyone on the Left, including "President" Biden and "Vice-President" Harris.  After all, when the news tells us what we want to hear, it HAS to be credible, right?  These people ought to have egg on their face.  Instead, they're utterly unashamed, and they're primed and ready to jump on the next race hoax bandwagon.

Finally, congrats to Kyle Rittenhouse, who is officially out of the social media doghouse.  If I were him, though, I'd sign up ASAP for Trump's "Truth Social", where free speech and the right to defend oneself probably won't be equated with "white supremacy".

Posted by Nicholas Waddy at 4:21 PM