Will the Savior of the Democratic Party Please Step Forward? 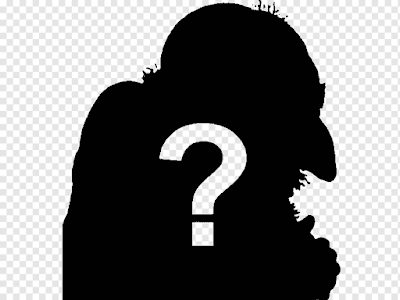 Friends, Jen Psaki assures us that Uncle Joe is running for reelection in 2024, but even most lefties are inclined to scoff at that idea, especially as the man's poll numbers plunge ever lower.  Thus, the speculation about who might arise to save the Dems' tarnished brand in 2024 is already underway.  Who would you like to see as the Dem nominee -- assuming, of course, that Beelzebub is unavailable?

The respected Heritage Foundation has created an "Election Integrity Scorecard", which I suppose our Dem friends would prefer to call a "Voter Suppression Scorecard", but hey -- to each his own.  Its findings?  The Golden State leads the nation in watering down election integrity measures.  No surprise there.  If there's a place where fraud really does run rampant, it's probably in California.  Be that as it may, if there's fraud to be found and punished, we have to admit that our side could be working a lot harder to do so.  Where's the beef, Trumpers???

Democratic rule=economic, social, and political collapse and dysfunction.  It's really that simple.  The residents of deep blue areas seem immune to experiential learning, but here's hoping the rest of America has more sense.

Don Lemon recently asked why Jen Psaki condescends to allow Fox News reporters (ick!) to ask questions in the White House Briefing Room.  I pose the opposite question: why do Republicans dignify questions that emanate from the "mainstream media", which long ago ceased to practice anything resembling professional journalism?

Inflation really is the primary issue that could bring the Democrats to their knees in 2022.  What's worse, once a cycle of inflation commences, it can be very hard to get back under control.  Could inflation, coupled with slow growth, be America's (miserable) fate for years to come? I'm very concerned that it could be.

Good news!  Vaccinations, which appear to be effective in preventing hospitalization and death related to COVID-19, but are strongly opposed by tens of millions of Americans, will soon no longer be the only arrow in our quiver to deal with the pandemic.  New treatments are about to be deployed that may make COVID-related deaths a thing of the past.  With any luck, the omicron variant, which appears to be remarkably mild, may also play a constructive role in ending our pandemic nightmare.  Fingers crossed!

Finally, you may have heard that Elon Musk has been named as Time Magazine's Man of the Year.  It's a bold choice, considering that Musk refuses to endorse the public health orthodoxy surrounding lockdowns and mandates.  Musk, for all his faults, is a man who thinks for himself and speaks his mind.  And somehow, despite those unforgivable sins (from the Left's perspective), he manages to be popular and successful!  Marvelous!

Posted by Nicholas Waddy at 5:40 PM