The Knives Come Out 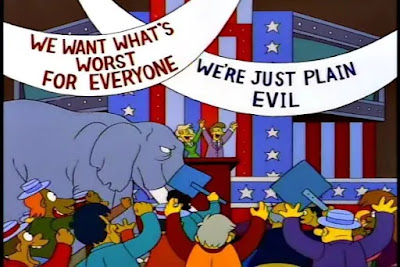 Friends, this week's Newsmaker Show is a tour de force.  Naturally, we could say that every single time, but this time it's 7% truer than usual!  Brian and I consider the blistering negativity that now constitutes Dem/progressive rhetoric about Republicans and conservatives.  It's no mystery to me: the lower their poll numbers go, and the more they screw up the country, the greater the urge/necessity to "go negative" and turn their opponents into inhuman monsters.  Expect a lot more Trump-hatred and Republican bashing in general in the months to come.

In addition to analyzing the Dems' pathological hatred of all opposition, Brian and I also talk about the fate of the reconciliation bill, the struggling economy and the dangers of a recession, the politics of Columbus Day versus "Indigenous People's Day", and the escalating labor force disruptions caused by vaccine mandates.

When the conversation turns to history, Brian and I ponder the foundation of America's first navy and the current state of our naval hegemony, Italy's decision to switch sides in World War II, and more!

Tune in and listen in, folks!  Apparently the Newsmaker Show is topping the charts on Rumble these days.  Finally, the American people are waking up!

In other news, Captain Kirk has gone into space!  It's about time.  Now he won't have to skate by on his superlative acting talent alone...

Did you know that Halloween is -- drumroll, please! -- racist???  Of course it is.  Everything is.  Everyone is.  Frankly, though, I always thought Michael Myers was the epitome of the anti-racist.  I mean, he'll chop you up no matter what your race is, am I right?

Lefties are getting seriously worried -- not just that Trump will run again, but that he will win "fair and square", as this article puts it.  What's more, progressives consider this an existential threat to American democracy, and they aren't shy about saying so.  In other words, there's nothing less democratic, in the eyes of the Democratic Party, than the voters exercising their democratic rights and choosing...wrongly.  All this makes me wonder: what if Trump does win in 2024?  Would the reigning Democratic president at the time (Biden?) accept Trump's win?  Would there be an orderly transfer of power?  Or would the Dems cry bloody murder and roll tanks into the streets -- would they stop at nothing to prevent their nemesis DJT from recapturing power?  I honestly don't know.  Surely, it would be a mistake to underestimate how neurotic/psychotic many leftists have become...

Here's an interesting tale about a school district covering up a sexual assault because the assailant was transgender.  I can't confirm any of the details, but it sounds as if school officials tried to sweep the incident under the rug, and then they recategorized the transgender perpetrator as a "boy" to avoid offending the forces of wokeness.  Stay tuned to this story, folks.

Are large numbers of illegal immigrants being released into the general population -- in other words, being rewarded for their lawlessness?  You betcha.  It could easily get worse, given the great mass of humanity that's currently shambling towards the border.

Posted by Nicholas Waddy at 3:42 PM