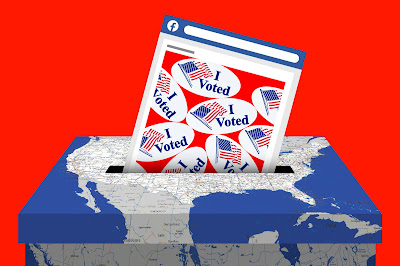 Friends, maybe you think you know how the Left stole the 2020 election, and how it thrust Sleepy Joe into a starring role in our political system -- a role for which he has proven utterly unfit.  The fact is, though, that many of the underhanded ploys used by Dems, progressives, and their allies in the political, legal, cultural, and economic establishment to influence the outcome of the 2020 election are still shrouded in mystery, even to many conservatives.  Check out these articles, which explain in detail how over $400 million of Mark Zuckerberg's money almost certainly tipped the scales for Biden and the Democrats.  It's a complete outrage, and anyone who believes in democracy -- that is, rule by the people -- should be adamant that such chicanery will never be permitted again.

Rumors abound that the next James Bond may be black, or possibly female, or even black and female.  It should come as no surprise, therefore, that Superman is now bisexual.  What can I say, except that...times have changed!

Good news: the Department of Homeland Security won't be arresting illegal immigrant workers on the job site anymore.  I mean, we wouldn't want them to feel unwelcome in this country, would we?  Perish the thought!

The legislative/fiscal sausage-making re: the Dems' reconciliation bill is getting messy, as per normal.  Nancy Pelosi and Joe Biden seem happy with a figure closer to $2 trillion, instead of $3.5 trillion.  Could Joe Manchin and Kyrsten Sinema live with that number?  Maybe.  What I'm beginning to think may be the sticking point, though, is the progressive caucus in the House of Representatives.  They feel betrayed by Manchin and Sinema's opposition to their massive "social spending" agenda.  What's more, they don't need to worry about reelection.  They're all from safe districts, in most of which the Republican Party barely exists.  If enough of them decide, therefore, that tanking the reconciliation bill and the infrastructure bill would serve the Dem leadership right, and teach the party a lesson about the need to "swerve left or else", then the whole effort to push trillions in new spending through Congress could collapse.  I hope it will.  Our country's fiscal health demands that it do so.  Just as important, if the Dems fail to pass these wretched bills, they will be widely perceived, and may even perceive themselves, as failures and as incapable of governance.  Sounds about right to me.