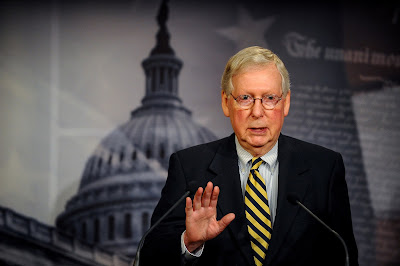 Friends, I hereby convey hearty congratulations to Mitch McConnell and Senate Republicans, who stood together to block the upper house from undertaking consideration of the Democrats' radical election takeover bill.  Thanks to these steadfast Republicans, elections will continue to be managed by the states, as the Constitution originally envisaged.  Of course, the existing system doesn't guarantee free and fair elections, but it's certainly preferable to the alternative of federalizing our entire electoral infrastructure.  Now, of course, lefties will redouble their efforts to torch the filibuster, and thus secure passage of their desired election reforms by other means.  It sure looks like they're destined to fail in that regard too.  Good!  Conservatives and patriots have every reason to rejoice.  This time, the filibuster did its job: it prevented a bad bill from becoming law.