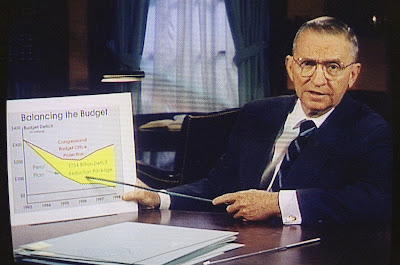 Friends, back in 1992 that great American patriot and escaped mental patient Ross Perot warned us about "that giant sucking sound" produced by the departure of American jobs for allegedly greener pastures in Mexico and elsewhere in the Third World.  Well, outsourcing is child's play compared to the economic devastation inflicted on our nation, and on our world, by the Chinese coronavirus.  China has a lot to answer for, assuming the rumors are true and COVID-19 was designed in a lab and released accidentally, followed by the mother-of-all-coverups.  For instance, the toll on American small businesses has been horrific.  Massive corporations, on the other hand, have in many cases benefitted.  And thus the concentration of wealth, and the rise in inequality, continue apace.  Lefties allegedly care about such problems.  Of course, they don't really care.  They want power, and now they have it.  The rest is mere trivia.

Every conservative's favorite Governor, Ron DeSantis, has signed a bill mandating a moment of silence in Florida public schools.  I applaud the effort to reinvigorate the faltering morals of our youth, BUT the micromanagement of what goes on in classrooms is a little troubling.  Sadly, we conservatives are coming to assume that teachers are the natural enemy of decency and truth, and so the only way to ensure that students receive a non-Bolshevik education is to prescribe for educators exactly how they should do their jobs.  The sad part is that the underlying assumption is probably valid.

Real progress is being made on the development of a bipartisan infrastructure bill in the Senate.  Is this good news or bad?  That's hard to say.  Obviously, on one level, the last thing our country needs is to spend more money.  On the other hand, the only way Biden and the Dems will get a bipartisan bill is by compromising on A LOT of the items on their wish list.  Progressives, in addition, will fume, because moderate Democrats made a "deal with the devil", i.e. us.  Overall, I'm inclined to see the progress in these talks as a confirmation of Dem weakness...and that fills me with good cheer.

Our buddy Rod informs us that we don't know squat about critical race theory.  Maybe we do, and maybe we don't, but according to this poll most Americans think they know what CRT is, and they don't care for it.  In fact, a majority of Americans have a "very unfavorable" view of critical race theory.  Maybe that's why the Rod Squad is so desperate to reframe the debate?

America's moral values are circling the drain.  That's the view of the vast majority of Republicans, and it's the view of many Democrats and independents as well.  Now, you know me: I'm the eternal optimist, so I think a lot of our doomsaying is misplaced.  On the other hand, I do view our nation as morally debauched.  It's our material circumstances that I view as overwhelmingly favorable, much as we try to convince ourselves otherwise.