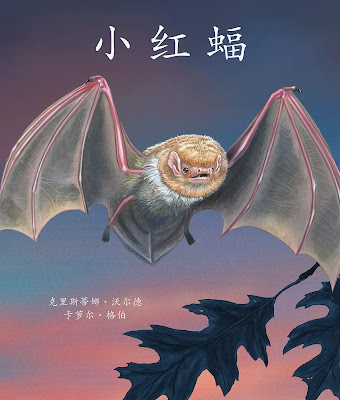 Friends, as you know, Chinese culture has a long history of honoring the noble bat.  At least I assume it does.  Chinese culture has a long history of everything.  That's why it makes so much sense that Chinese bats are up in arms about Western attempts to smear their hard-won reputations by blaming them for causing the COVID-19 pandemic.  Best of luck to you, bat plantiffs!  I think you've got a strong case.

The degree of culpability that should attach itself to Dr. Fauci, and other "experts", in misleading the public about the coronavirus and its origin is a subject that's being debated far and wide these days.  Naturally, it's a topic of discussion on this week's Newsmaker Show as well.  In addition, Brian and I talk about: the prospects for a Donald Trump House Speakership in January 2023, the increasingly precarious political position of West Virginia Senator Joe Manchin, the Left's over-use of charges of "Racism!", the futility of Biden-Harris's efforts to undo the damage at the border, the possibility that the Chinese could become aggressive in retaliation for any punishment they receive for "concealing" COVID's true origin, and the lack of accountability for those who have smeared Donald Trump for the last six years.

When we get to "This Day in History", Brian and I tackle the historical legacy of the anti-communist, anti-Russian campaign of Senator Joe McCarthy in the early 1950s, and the Silver Jubilee of Queen Elizabeth II in 1977.

In other news, here's a fascinating exploration of the decline and fall of meritocracy in America.  The consequences are only beginning to be felt.

Could the Supreme Court overturn Roe v. Wade in the near future?  Maybe.  If so, it looks like about half of America will be pleased, and half will be incensed.  That's par for the course.

Is inflation on the horizon?  Sleepy Joe says, "Nah."  Deutsche Bank says, "Look out!  It's coming right for us!"