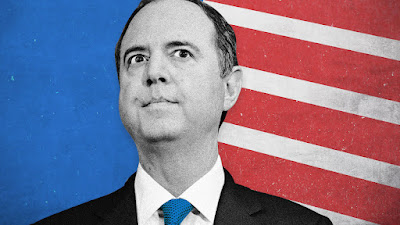 Friends, concocting false narratives to make Republicans, conservatives, and Trumpers look bad is what some people are good at.  It's their passion in life, not to mention a pretty decent livelihood.  For a while, the lefties had a field day with "Russia collusion".  The new flavor of the month, however, is "insurrection".  It's the buzzword that's on every progressive's lips.  The scary part is not so much that the Dems are at it again, making mountains out of molehills, but that they genuinely believe their own nonsense, i.e. that democracy came close to collapse on January 6th, that thousands of Trumpers pre-planned an "insurrection" but somehow forgot to bring their guns, and that DJT's (alleged) failure to condemn the Capitol Riot soon enough and vociferously enough is the same thing as staging a rebellion.  The worst delusion of all that has gripped the Left, though, is this: they claim that even to question an election is the same thing as, say, braining a policeman with a fire extinguisher.  Ergo, every Republican who supported, in any way, shape, or form, Donald Trump's effort to contest the 2020 election results should be thrown out of Congress (if they currently sit there) and prohibited from seeking federal office ever again.  Because "insurrection", in case you haven't heard, is a VERY BIG DEAL!  The BIGGEST, in fact!  Well, my latest interview with Sputnik News reveals the asininity of all this pearl-clutching.  Read it and judge for yourself:

Posted by Nicholas Waddy at 1:58 AM