The Worst Thing Ever 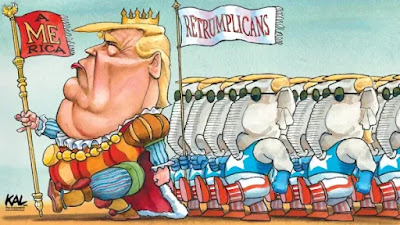 Friends, every day the Left thoughtfully reminds us that the events of January 6th were the WORST THING EVER to befall America's ever-so-fragile democracy, and furthermore Donald Trump is the WORST PERSON EVER for fomenting the "insurrection" that occurred on that fateful day.  Now, though, on the first anniversary of the Capitol Riot, the Dems and their fellow travelers are outdoing themselves.  They're saying the exact same things they say each and every day, but LOUDER, and with more verve.  The really committed insurrection fantasists among them may even manage to shed a tear or two.  Quite a few them may need counseling after today's solemn commemorations are done (although, to be fair, these are people in a constant state of nervous exhaustion anyway).  We on the right, in any case, need to take a deep breath and understand today's theatrics for what they are: a blatant, shameless effort to milk January 6th for maximum political advantage, and to delegitimize and ultimately silence all forms of dissent.  Again, the Dems are right that democracy hangs in the balance.  They just don't realize that their own soaring egoism, blistering intolerance, and frightful myopia are some of the chief dangers that it faces.

Speaking of which, Uncle Joe is leading the charge against us lousy insurrectionists, and of course he's putting most of the blame on DJT:

DJT, for his part, is accusing Biden of "deflecting" from his own failures.  Ouch!  That's gotta sting...

Of course, Trump is 100% correct.  The Dems are choosing to talk endlessly about January 6th, and to "investigate" it ad infinitum, because they don't have a record to run on in 2022.  Their only hope is to disqualify the opposition.  It's a "Hail Mary", though, because we've already seen in November 2021 that such a strategy is a political loser.

The nuclear option for the Dems would be (drumroll, please!) not just rhetorically and morally disqualifying Trump and Republicans as candidates for high office, but literally making it impossible for anyone to vote for them.  Throwing us all in prison is the easiest way to make that happen, but the lefties have achieved very meager results so far on that score.  So why not declare virtually everyone in the GOP ineligible for federal office because of their ties to "insurrection"?  Brilliant!  As I've said before, the Dems have left this far too late to be a workable solution to their problem (and make no mistake, the underlying "problem" is the Dems' own unpopularity), but that won't stop some true believers from batting the idea around.  And, in the final analysis, whether Dems embrace such wild stratagems is ultimately a factor of how desperate they get, and their desperation is still rising...  Stay tuned!

You may have noticed, though, that Trump's scheduled news conference for today was cancelled.  That's a little odd, and a sign of arguably erratic judgement on DJT's part, but in my opinion rubbing Trump in America's face on January 6th was never a very good idea anyway...and doing it with the mainstream media in the room was bound to be something akin to a P.R. catastrophe.  Lindsey Graham says he helped dissuade Trump from holding a press conference today.  If so, he did America, and Trump, a service.

So how did we get here?  How did the Democratic Party become captive to a narrative that claims that the opposition party is defined by "insurrection" and treason?  Watching CNN and MSNBC every day explains most of these delusions, but in addition the Dems' frantic efforts to refocus the attention of the American people are simply a consequence of the deplorably low poll numbers "President" Biden and Congressional Democrats are currently generating.  Some rats flee a sinking ship.  Other rats shove Adam Schiff in front of the cameras and hope for the best!

You may have heard that reports that Joe Manchin has resumed negotiations over the Build Back Better legislative monstrosity are false.  Thank heavens for that!  Also false is the idea that the Dems can piece together a Senate majority for ending the filibuster or strong-arming their election takeover bills through Congress.  Senator Sinema says, "No way, José!"

Lastly, as the danger that the Dems will pass their most insidious bills recedes, is the threat of COVID waning too?  You wouldn't know it, if you watched the MSM these days, but indications are strong that the omicron variant of COVID is much, much less debilitating and deadly.  It's going to be fascinating to see how the Dems and their journalistic errand boys handle this development.  They are more or less addicted to COVID hysteria at this stage, as is their base, but is writhing in pandemic agony a winning strategy in an election year???  I wouldn't bet on it!

Posted by Nicholas Waddy at 3:08 PM