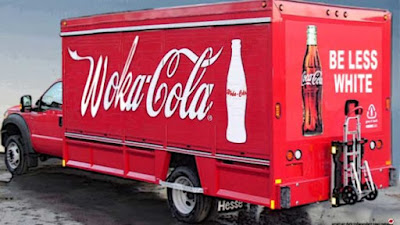 Friends, Coca-Cola ain't what it used to be.  What is?  The iconic American brand has gone full "woke", or so it seems.  On Wednesday, the company bowed to pressure to condemn Georgia's new voting law, perpetuating the myth that it's racially discriminatory and designed to impede Americans from exercising their right to vote.  What's worse, the company remained silent until left-wing calls for a boycott became deafening, making it crystal clear that Coke was bullied.  On the upside, all this mealy-mouthed talk seems exactly that: TALK, backed by no meaningful action.  Still, it's depressing to see this kind of leftist group think infiltrate corporate America.  Truly, the world has gone mad, and the Left is running rampant.