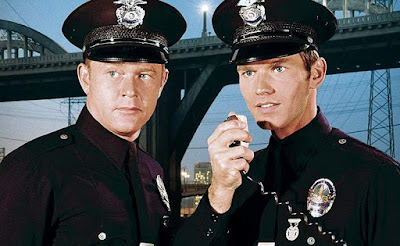 Friends, the columns of Pat Buchanan are always thoughtful and prescient.  In his latest op-ed, Buchanan asks whether Trump's seemingly provocative tweets about Baltimore are designed to position him as the "law and order" candidate in 2020.  It's an intriguing question.  Democrats are now in the position of defending the livability of Baltimore, one of the most dangerous cities in America.  Why?  Because Trump insulted Baltimore, and therefore any suggestion that the city is less than delightful is, by definition, "racist."

But, as Buchanan notes, something bigger is going on here.  Crime is spiking in a number of inner cities.  Why?  A major factor is the Democrats' vehement hostility towards law enforcement and prisons.  They are now pushing a soft-on-crime agenda that, not surprisingly, reliably leads to more crime.

For Buchanan, the comparison to the late 60s, when crime and unrest was mushrooming, is natural.  As he points out, Ronald Reagan was twice elected Governor of California as the "law and order" candidate.  Richard Nixon was elected President in 1968 partly by promising to restore safety and order to America's cities.  The "law and order" agenda was immensely popular in America from the late 60s until the 1990s, when tough law enforcement tactics and mass incarceration finally succeeded in turning the tide against the criminals, and crime rates and violence began to abate.

Slowly, though, Americans became complacent, and Democrats became positively brazen -- once again undercutting law enforcement and making excuses for criminals.  We're seeing the first fruits of their weakness on crime now, in places like Chicago and Baltimore.  We will, however, be seeing much more mayhem in the years ahead, because "progressive" Democrats are tying the hands of police and emptying out the prisons on an industrial scale.  Americans are about to experience a crime wave, the scale of which we can only guess at.  To be sure, the media will do its best to pretend that this crime wave doesn't exist.  It's only a matter of time, however, before Americans become anxious and afraid.

Ironically, Trump may also have hit on one of the best ways to increase his share of the black vote.  Blacks, after all, want and need "public safety" just as much as whites.  It is Trump and Republicans who are promising a return to "law and order".  For many urban Americans, that will be music to their ears.  For Trump, it may even be the key to his re-election.