"You're a Racist!"...and Other Flights of Fancy 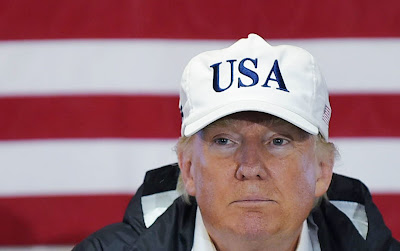 Friends, the incredible flexibility with which the Left uses the terms racism, sexism, homophobia, bigotry, and xenophobia has been obvious for several decades now, although the bar keeps getting lower and lower, and that's distressing, to say the least.  Now Trump is the victim of leftist smears, based on a recent tweet about AOC and her fellow travelers.  Let's be clear: Trump DID NOT say these Congresswomen "of color" should move back to their "home" countries.  He said that they should go there, learn about these countries' massive flaws, reevaluate their contempt for America, and only proffer advice about how to fix America once they understand its greatness in the proper context.  That's what he was driving at, although even I would admit that he might have made the point more elegantly.  His criticism of the anti-Americanism of some members of Congress, however, is neither racist nor xenophobic -- it's patriotic, and that's why we elected the man in the first place!

And let's not forget that the Left is shot through with both racism AND xenophobia.  Their reflexive vilification of white people is inherently racist, and their three-year-long diatribe against Russia is nothing if not xenophobic.  As always, the Left defines all pejorative concepts in creative ways that categorically eliminate them from consideration.  Don't be fooled!  They think that, by simply repeating their baseless claims over and over, they can get simple people to believe them.  They're right, as far as that goes.  But you and I are not simpletons, and we are NOT fooled!

In other news, here's my latest article, which is an analysis of some recent developments in the (virulently anti-Trump) music industry, and a call for the Trump administration to prevent the formation of an unchecked monopoly therein: