The Third Time's the Charm? 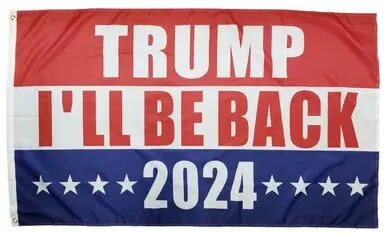 Friends, few have ever accused Donald Trump of ambiguity, and his statements in recent months have made it increasingly clear that he intends to run for president again in 2024.  Now there are indications that his announcement could be imminent.  This will make the post-election period downright fascinating for political junkies.  Trump will be gearing up to run, while Democrats will be (we presume) wringing their hands and wondering whether it's time to send Sleepy Joe packing.  New potential Democratic candidates will come out of the woodwork to suggest that only they can save the Democratic Party and America from a fate worse than death: another four years of President Trump.  It's going to be a wild ride!  That much I can guarantee.

As you know, corporate America abhors "misinformation", hate speech, and divisive rhetoric.  That's why they have no problem advertising all day long on MSNBC and CNN, where such things are unheard of, but get decidedly queasy when they consider running ads on Fox, or, now that Elon Musk has begun his reign of terror, on Twitter.  This was predictable.  The Left cannot abide and cannot allow anything like free speech to prevail on Twitter, or in social media in general.  Therefore, either Musk will have to be intimidated into backing off on his opposition to censorship, or leftists and their corporate allies will have to boycott Twitter and drive it into the ground financially.  It will be intriguing to see how Musk tackles these challenges.  There are no easy answers, and he stands an excellent chance of disappointing and alienating both the left and the right, as I've said before.  Good luck, Elon!

Posted by Nicholas Waddy at 2:15 PM