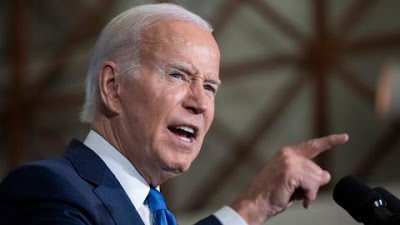 Friends, we've been hearing a lot from our Democratic friends lately about "saving democracy", but sometimes I wonder (and I bet you do too) whether these people have the faintest idea what democracy is...  My latest article represents my "closing argument" to the American people as we head into the midterms.  I make the case that the Dems are, in a very fundamental sense, undemocratic.  Of course, I may be preaching to the choir here, but that won't stop me!  See what you think.

Democrats Are Failing The Democracy Test

As Americans head to the polls this November, it's the Democrats who are continually reminding us of the virtues of American democracy, and how much that democracy is under threat from “ultra MAGA Republicans”, who so routinely foment “insurrections”, deny people their right to vote, contest election results, and exult in hitting their enemies over the heads with hammers. In other words, Democrats' closing argument in the 2022 election asks – actually, it insists – that Americans assume that the mild-mannered Republicans they encounter in daily life are actually bloodthirsty fascists.

Good luck with that!

The irony here is that it is the Democrats themselves who are attacking the foundations of democracy in so many ways, from their contempt for the “legitimacy” of the Supreme Court, to their advocacy and practice of federal government-Big Tech collusion to censor dissenting viewpoints, to their suppression of accurate, but critical, reporting on prominent Democrats, to their blithe acceptance of Mark Zuckerberg's unprecedented financial and logistical intervention in the conduct of the 2020 election. And we haven't even mentioned the rank absurdity of the Democrats' central argument this election season: that only by ruling out of bounds the opposition party, and turning America into a one-party state, can we save “democracy” – as though pluralism and democracy had nothing to do with one another!

I wish to draw attention, however, to another gallingly undemocratic feature of the Democrats' thinking. It's worth reminding ourselves, for starters, what democracy is. Democracy is a system in which the people rule, in our case by electing leaders who represent us and who, broadly speaking, run the country according to the people's wishes.

So what, we should ask ourselves, do the people want?

The polls tell us, regularly and unambiguously, that what the people want right now is leaders who share their priorities and goals. At present, the American people rate inflation, crime, and border security as top-tier issues. You would expect, in a democracy, that current and aspiring political leaders would take the people's views and concerns seriously. They would, among other things, talk about these hot-button issues and suggest ways to address the people's concerns.

But not if they're Democrats! Oh no. Democrats have decided that they know better than the American people, and that the priorities, goals, and even the darkest fantasies beloved of progressives ought to be topping the electoral agenda this fall.

Democrats don't want to talk about inflation, crime, and the border. In fact, they become irritable and defensive when those issues are raised. Instead of addressing them head on and taking the concerns of the voters seriously, Democrats go back to their official playbook for 2022: they harp on the evils of Trumpism, January 6th, “ultra MAGA” this and that, and abortion rights, which we are told are in great peril, especially in states like California and New York, even though everyone knows this is utter nonsense. Those deep blue states would sooner make Donald Trump their king than curtail abortion rights.

The point is that Democrats are utterly fixated on the themes that have been drilled into them by the news editors at CNN, MSNBC, and the New York Times. They have become so obsessed with the villainy of Republicans that they believe that that issue alone can and will propel them to victory in 2022. They don't care about the state of the economy, or the rise in crime, or the chaos at the border, because they haven't been told to care about these things – and because to care about them would mean dealing with the elephant in the room: the quality (or lack thereof) of Democratic governance over the last two years, symbolized by the bumbling inadequacy of the President-who-shall-not-be-named, Joe Biden.

Who would have thought that, in a democracy, a political party would have the temerity to run an election campaign with utter disregard for what the voters think and feel? And yet that is exactly what the Democrats are doing.

This November, at least in a sense, as Biden and the Democrats love to remind us, “democracy is on the ballot”, just not in the way they think it is. The question Americans should be asking themselves is: going forward, will this country be ruled by the people, or will it be ruled instead by an elite of self-appointed “experts” and paragons of wokeness who talk down to us, and mock and intimidate us when we dare to dissent?

It's your country, my fellow Americans, so it's you who will decide the answer.

In other news, but relatedly, here's an instance of leftist befuddlement over the fact that the voters seem stubbornly to be seeking answers to the problems of inflation and crime, when every progressive knows that FASCISM is the only issue that matters.

Finally, if you're like me you're very encouraged by the late-breaking polls that show that the GOP is in the driver's seat in the midterms.  And here's confirmation that the Dems know that they're swimming against the tide.  Donna Brazile is telling them to "forget the polls"!  Ha!  Hey, don't shoot the messenger, Donna.

Posted by Nicholas Waddy at 8:41 PM