The Axis of Empty Suits 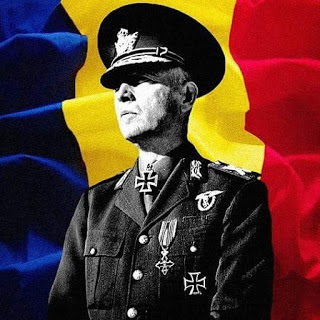 Friends, the passionate history buffs among you might recognize Marshal Ion Antonescu, the fascist dictator of Romania during World War II.  He arises as a topic of discussion between me and Brian O'Neil during this week's Newsmaker Show, when we consider the minor powers that joined up with the Axis mainstays of Germany, Italy, and Japan.  Long story short: when your BFF is Ion Antonescu, you probably aren't in a position to conquer the world at will.  Plan accordingly!

In addition to the Allies versus the Axis, Brian and I talk about President Reagan's encouragement of the "Contras" in the early 1980s, when nipping Latin American communism in the bud seemed advisable.  That's in our "This Day in History" segment.  When we get to current events, we hash over the limitations under which the new Republican House will operate, and the prospects for an epic clash between DJT and Governor Ron DeSantis.  Finally, Brian and I debate the merits of Sleepy Joe's giant checks to Ukraine and the Global South (in the form of climate crisis "reparations").  Hey, money grows on trees, so why not, am I right?

Don't miss out on all this broadcasting gold!

Posted by Nicholas Waddy at 7:51 PM