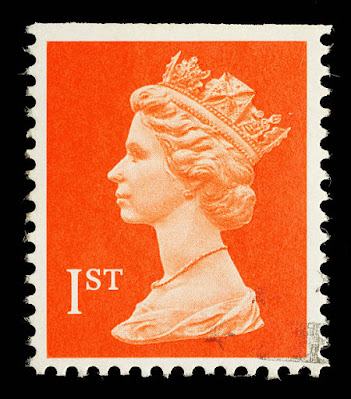 Friends, it may seem trivial, but the death of Queen Elizabeth II, and the accession of King Charles III, will necessitate numerous cosmetic changes.  Among other things, all the money and all the stamps will have to be redesigned with the image of Charles's smiling face (or, more likely, his gravest visage).  Won't that be a trip?

In other news, we've talked about it before, but increasingly in higher ed one needs to demonstrate, actively and affirmatively, one's abject submission to the gods of DEI if one wants to, uh, remain employed or get ahead.  And the high priests of DEI are making no bones about the fact that advocacy of color-blindness ain't cutting it!

Finally, leftist Big Tech is working hard to maintain its steely grip on digital discourse and to ensure that upstart apps like Truth Social are strangled in their cribs.  And there's a good chance they'll succeed, too.  If you ask me, social media companies like Facebook and Twitter may or may not be effective monopolies requiring anti-trust interventions, but the Apple and Google Play stores truly are in a monopolistic position and they need to be put in their place.  In essence, app stores function as public infrastructure these days, so maybe it's time that the public took them over.  Of course, we should be careful what we wish for, because if these stores were in government hands they might be even less "free", tolerant, and pluralistic than they are now.