Is the China Bubble Close to Bursting? 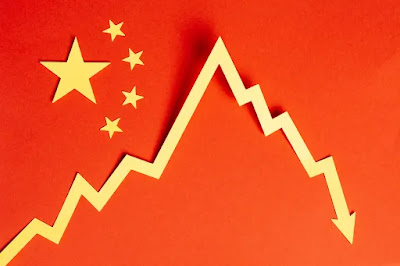 Friends, this week's Newsmaker Show isn't just an American tour de force; it's a truly global triumph.  That's because, sure, Brian and I get to the bottom of American politics, including our perverse national obsession with "diversity, equity, and inclusion", plus the kerfuffle over the migrants flown to Martha's Vineyard, but we ALSO reveal the truth about the stagnating and sputtering Chinese economy, and how it could threaten the stability of the global order.  You thought China was scary when it was fat and happy?  Try the Chicoms on for size when they get nervous and cranky!  I don't know about you, but, when China starts to teeter, I don't know whether to laugh or cry...

When Brian and I turn to "This Day in History", we talk over the life and legacy of Benedict Arnold, the twists and turns of the French Revolution, and the sly maneuvers performed by FDR to guide the U.S. into WWII, mostly against the wishes of the American people.

The Newsmaker Show's coverage of the news and of history is broad, therefore.  Broad enough to bring you, quite literally, the world!  You're most welcome.

In other news, Russia is taking (arguably long overdue) steps to bolster its forces in Ukraine by partially mobilizing its reserves.  Many in the West talk about Russia as though it's a spent force.  On the contrary, a major power with a population close to 150 million and nuclear weapons isn't to be taken lightly.

Also, in a move that will surprise precisely no one, New York Attorney General Letitia James is following through on her threats to sue Donald Trump, Trump's kids, and his company for fradulently inflating the value of their properties.  This add's to DJT's legal headaches, and in all likelihood it redoubles his determination to run (and win) in 2024.

Posted by Nicholas Waddy at 3:28 PM