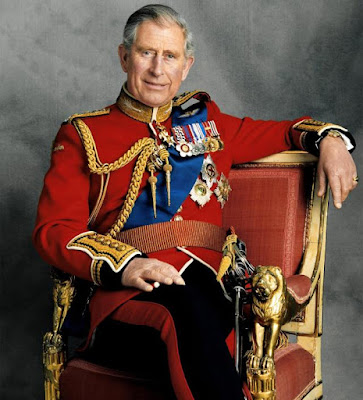 Friends, tributes and accolades are pouring in for the recently deceased Queen Elizabeth II, and I certainly encourage you to share your admiration and your reflections here, but I am going to pivot right away to a celebration and an analysis of the new sovereign, King Charles III.  Charles is 73, so he's had an extraordinarily long wait for the throne.  He was, as I just read, the first royal to receive a university degree, and he embodies modernity in many other respects, perhaps most notably (and least endearingly) in his self-absorption, which played a significant role in ending his marriage to Diana.  I'm less concerned with Charles's character, however, than I am with his fitness for the role of King.  Charles has been, as you'll read below, outspoken about his views on certain issues, or at least much more outspoken than his mother ever was.  For her, upholding her dignity and her perceived neutrality was infinitely more important than self-expression.  Indeed, for her, self-negation was her chief duty.  We can expect Charles to be less scrupulous in this respect, and thus we can also expect that the British monarchy may face considerable headwinds.  Charles is personally a lot less popular than his mother, and his penchant for progressive/elitist pontificating could easily drive those numbers even lower.  I hope that won't be the case, and I hope he acquires a renewed sense of sobriety and self-restraint, but I frankly doubt that he'll maintain either at all times.  What this means is that the very future of the monarchy may be cast into doubt, and, frankly, conservatives, who are temperamentally and ideologically the most likely to revere the monarchy, may be among those least enthused about their new monarch.  I fear, therefore, for the institution of the monarchy, especially given our modern obsession with "cancel culture", equality/"equity", and social transformation.  Everyone looks on the royal family with sympathy now, but how will they look at the (admittedly dysfunctional) Windsors in five years, or ten, or twenty?  Charles should think long and hard about this question, and he should do everything in his power to buttress confidence in the monarchy, but not at the expense of cheapening it with casual or superficial rebranding.  In a nutshell, therefore, Charles has a difficult job ahead of him.  Chances are he's always known that.  At least now he can get on with it.  Godspeed!

In other news, an Irish schoolteacher appears to be auditioning for the role of martyr in the struggle against transgenderism.  Read all about it here: