The Decline and Fall of Benito Mussolini 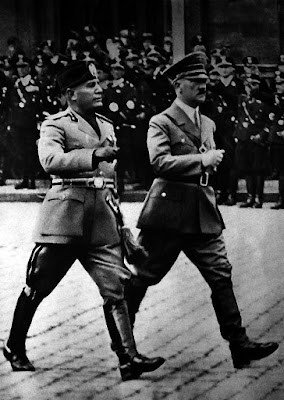 Friends, this week's Newsmaker Show features Benito Mussolini and his fall from power, triggered by the Allied invasion of Sicily in July 1943.  We also consider the connection between the deaths of Mussolini and Hitler.  In addition, Brian and I hash over the Battle of Britain and the so-called Scopes Monkey Trial.  In terms of current politics, we discuss the Jeffrey Epstein debacle (and any likely collateral damage), the dynamics of the Biden-Harris-Sanders-Warren contest for the Democratic nomination, the life and legacy of Ross Perot, and the prospects for Brexit under soon-to-be P.M. Boris Johnson.  Don't miss it!

https://www.youtube.com/watch?v=Hky9q7KCw2k&feature=youtu.be
Posted by Nicholas Waddy at 9:51 AM