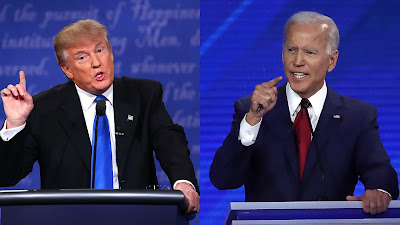 Friends, this week's Newsmaker Show with me and Brian O'Neil was taped before the epic presidential debate, but we still managed to cover a plethora of timely topics.  Brian and I discuss the state of the race, the New York Times' allegations of tax avoidance against President Trump, ballot harvesting in Minnesota and the potential for a contested election, the Democrats' no-win situation in opposing the SCOTUS nomination of Judge Amy Coney Barrett, the nature of "libertarianism", and where Rand Paul stands on the political spectrum.  Whew!  What a lineup, huh?

Historically, Brian and I talk about the signing of the Munich Pact in September 1938.  My view is that Neville Chamberlain was not the dolt that history has portrayed him as.  Hindsight is 20/20.  In addition, we cover President Wilson's embrace of female suffrage in 1918.  In fact, many states had already granted women full voting rights even before the 19th Amendment was passed.  One could make the case that the extension of the franchise to women was an inevitability by that stage.  The consequences, as I point out, were myriad, including giving a big shot in the arm to the prohibition movement.

Check it out!  Free speech may not be around for much longer, so we might as well make full use of it while we still can, right?

Posted by Nicholas Waddy at 7:50 PM