Donald Trump: Man of the People 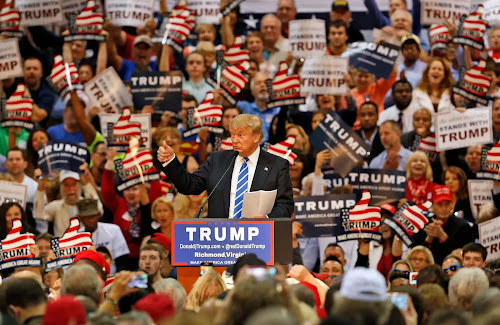 Friends, an interesting dichotomy is emerging between the campaigns of President Trump and Sleepy Joe Biden.  Increasingly, Biden is raking in high-dollar contributions from the wealthy and well-connected, while Trump is reliant on giving from small donors.  This article makes that plain:

It's a story that you won't see in the mainstream media, because it conflicts with, well, several of their well-worn narratives.  It's true, though, that more and more wealthy Americans and captains of industry are supporting Democrats.  We're also seeing a long-term shift of highly educated professionals towards the Democrats.  Meanwhile, the middle class, and those with less education and fewer skills, are shifting rightwards -- at least, they are if they're white.

We see this broad phenomenon in direct campaign contributions, but we also see it in the long list of billionaires who are lining up to support Biden and the Democrats, and the rather short list of billionaires who support, or used to support, Trump and the GOP.  Remember those demonic "Koch Brothers" who used to be the leading lights of the Republican Party?  Well, they've never cottoned to Trump and have largely faded away.  Sheldon Adelson?  Trump has expressed his disappointment with Adelson's stinginess of late.  The Dems, on the other hand, have Soros, Steyer, and Bloomberg, and those are just the billionaire lefties who are household names.  There are plenty more.  Bottom line: Trump will be vastly outspent in 2020 by the Dems, the so-called party of the "little guy".  Trump was outspent in 2016 too, however, and it didn't matter in the end.  Nonetheless, if I were Trump, I'd reach into my wallet and splash out a little, because his legacy and the country's future are on the line.

In other news, two Los Angeles County Sheriff's Deputies were shot, execution-style, on Saturday, and afterwards BLM protesters arrived at the hospital where they're being treated to shout, "We Hope You Die!"  Sweet of them, no?  It's an ugly scene, but frankly right now we need leftists to...be themselves.  It's the surest way to bury their accursed movement once and for all in November.

Posted by Nicholas Waddy at 1:08 PM