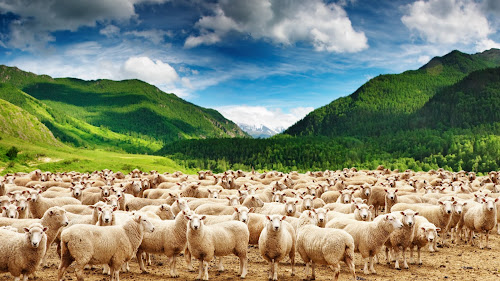 Friends, today is the 19th anniversary of the 9/11 terrorist attacks, and I'm going to take the opportunity to reflect on what we can learn from those events.

One of the fascinating things about the human condition, if you ask me, is just how much subjectivity it involves.  In my view, people are almost infinitely manipulable, and their fears are a point of special vulnerability.  Simply put, our perception of risk, and the reality of risk, need not bear any meaningful relationship to one another.

What am I talking about?  In the wake of the 9/11 attacks, terrorism, which had previously been only a modest concern of our government and of the American people, rocketed to the top of our list of priorities.  Our nation spent trillions of dollars after 9/11, and involved itself in two wars, because of our newly-hyperbolic anxiety level vis-a-vis Islamic terrorism.  While I don't wish to minimize the ghastliness of terror, nor excuse the nefarious deeds of terrorists, the fact remains that these fears were largely irrational.  Terrorism never posed a significant threat to most Americans -- not compared to other threats which we face routinely and with a light heart.  I could prove this claim to you statistically, but there would hardly be a point, since we all know it to be true. Nonetheless, despite the ethereal nature of the "War on Terror", it held all of us in its vice-like grip for months, and arguably for years.  Only gradually did terrorism-related levels of dread abate.  They rose again around 2014-2017, when ISIS briefly held sway over a large portion of Syria and Iraq, only to shrink again, virtually to the vanishing point, as, in 2017 to present, Americans were redirected to other threats: police brutality, the coronavirus, and the greatest scourge of them all: Donald Trump!

And what, pray tell, is my point?  It is that we, as humans, are fallible.  In fact, we may misperceive the world around us more often than we perceive it for what it is.  Politics is the art of persuading men (and women) to make sacrifices, to set priorities, to surrender their freedoms and their hard-earned assets, even to put their very lives on the line, for one cause or another.  Most of these causes, moreover, when you get right down to it, are bunkum.  They may have some basis in reality, and some semblance of justification, but savvy, smooth-talking elites have always known how to twist these causes, and our devotion to them, to promote their own selfish ends.  More often than not, they are the winners in these political machinations, and we, the huddled masses, are the losers.

My point, therefore, is that the phantasms which currently keep Americans up late at night -- bloodthirsty, super-racist policemen, killer viruses from China, and orange-haired tyrants -- are, even if vaguely based on reality, mostly fictional, and almost certainly harmless to the vast majority of the American people.

So, I conclude, support and vote for whichever politicians you feel have the keenest sense of the threats that truly threaten us, and who will uphold the values that made our country great in the first place -- but don't kid yourselves: red or blue, conservative or liberal, most politicians and pundits are as befuddled and blinkered as the rest of us.  They only claim to know what they're talking about.  Most of it is just hot air.

Another thought, along the same lines: if most of the dangers that captivate us are largely fictional, then how many real dangers are we failing to notice at all?  And, in the end, might we, or might this country, succumb to them, while our backs are turned?

Probably, but fear not -- when one set of distortions has outlived its usefulness, another will soon take its place.  Because one thing never changes: we, the People, are always being played.

Posted by Nicholas Waddy at 2:41 PM