Welcome to the Jungle, Kamala! 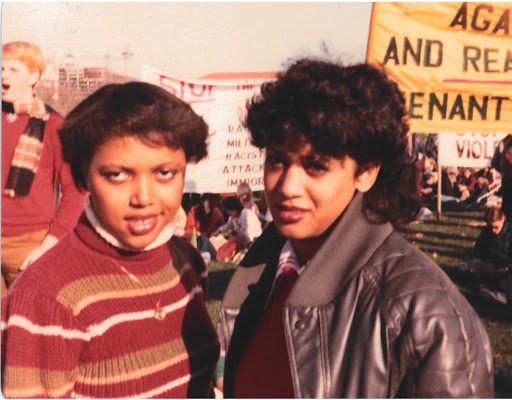 I wish to convey a hearty WaddyIsRight welcome to President-in-Waiting and current U.S. Senator Kamala Harris, who has maneuvered herself into the position of running mate to Joe Biden.  Well done!  Truly, you are "a heartbeat away from the presidency," as the saying goes -- or you will be, if the American people are foolish enough to elect the Biden-Harris ticket in November.  And, let's face it, there are plenty of signs that we may well be just that foolish.

My thoughts on Kamala?

First, I predicted a while back that Sleepy Joe would pick her.  Is she all that and a bag of chips?  No, but the simple fact is that, if you MUST have a black woman as your V.P., Kamala is the only one fully qualified and plausibly ready to be President.  It would be the height of folly to pick someone demonstrably unready, and thus...Joe Biden had to pick Kamala.  There it is.

Honestly, therefore, I regard her as a reasonably safe, establishment-friendly choice.  She's a lot less risky than many of the other possibilities on Biden's shortlist.  She likely won't blow up in his face.  She's had experience of national politics, and that will be a big advantage.

I also pointed out before that Kamala has a sharp tongue and an incisive mind.  She thus would be a great choice as an "attack dog".  She can rip Trump and Pence to shreds on the campaign trail day in and day out, and Dems and lefties will eat it up.  If they had any trouble with Kamala as a "moderate," they will soon forget about it, and the media will make sure of it.

Naturally, Kamala, as a woman of color, will cover herself with the armor of anti-racism.  To put it another way, whenever anyone on the right criticizes her, she will call them "racist", and the media will do the same.  Is this stratagem tiresome and empty?  Sure, but the Left has employed it so often and so doggedly because it works.  Kamala will play the race card.  She will play the woman card.  And some of the time, God help us, she will win the trick.

How can she best be attacked?  Probably as a chameleon, since she has shifted many of her positions over the years, and as a radical leftist, since, according to a recent analysis of her voting record, she has moved hard-left in order to position herself for a presidential bid.  Her "race" works to her advantage, in many ways, but in others it may not.  Frankly, the American people may be just "racist" enough to assume that a "black" Democrat is also a far-left Democrat.  (They've done it before.)  And Kamala, perversely, may work hard to prove them right.  Since she's also the presumptive heir to a geriatric candidate, her radicalism, such as it is, could cause serious consternation for some voters.  Republicans would be foolish not to cultivate these fears.

Kamala also allegedly "slept her way to the top," having an affair with Bay Area politico and kingmaker Willie Brown.  Could that weigh on voters' minds in 2020?  Probably not much, but if it tickles the funny bones of a few comedians, and adds to the popular image of her as ambitious and unscrupulous, Republicans could be the beneficiaries.

Would Kamala be a good President?  For any conservative/patriot, this question answers itself.  The fact, though, is that, like Barack Obama, while she may not be a great leader, she CAN play one on tv.  She has "presence".  She's articulate and smooth in her delivery.  She can feign outrage with the best of them.  Will she be the one making the key decisions, either before or after Biden meets his maker?  That's doubtful, but it really doesn't matter, since both of them are "front-men", or "front-women," as the case may be, for a set of establishment interests and a left-wing ideology that, if either of them inhabits the Oval Office, will prosper, and may even become so ensconced that only a civil war could blast them out again.  Mind you, I'm not CALLING for a civil war, or even predicting one.  But what I am saying is that, once the Dems reestablish their grip on the executive branch, I don't believe they will willingly relinquish it ever again.

So, in short, Biden has made a prudent choice.  He appears to have the edge in the polls, and, while I still regard the election as highly competitive, I don't think Kamala Harris will reduce his chances of winning.  She may even increase them.

Ergo, while I welcome Kamala to the fray, I rather wish Sleepy Joe had chosen more poorly.  Alas, we'll have to beat him, and his new partner-in-crime, "the hard way".

And beat them we shall!

Incidentally, the picture above shows a young Kamala protesting against apartheid South Africa in the early 80s.  It's a typical scene, insofar as a typical leftist will always embrace whatever cause positions "the enemy" (like conservative white people) at the center of things, while the misdeeds of those one likes (like the black leaders in the rest of Africa, for instance) are of no account.  To put it another way, there's nary a "progressive" on this earth who has ever read, or understood, Matthew 7:5, "“Thou hypocrite, first cast out the beam out of thine own eye; and then shalt thou see clearly to cast out the mote out of thy brother's eye.”

Speaking of South Africa, it's in sorry shape, and it grieves me to say so.  The country's economy has gone from bad to worse, and the coronavirus isn't helping:

Here's another perspective on Biden's selection of Kamala Harris.  It indicates that Biden made the "safe" and "predictable" choice, which is true, but not necessarily mistaken.

Posted by Nicholas Waddy at 6:22 PM