The Gipper Takes No Guff 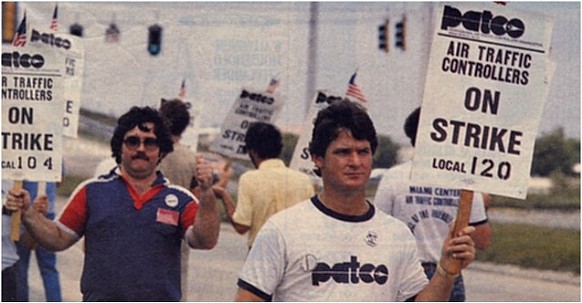 Friends, this week's Newsmaker Show whisks you from 1861, to 1914, to 1981 -- all in the blink of an eye.  Brian and I discuss Abraham Lincoln's fateful decision to impose an income tax in 1861, as the Civil War began.  In this way, as in so many others, the federal government tested the waters in 1861-65 for what would turn into its permanent and inexorable expansion in the 20th century.  Then Brian and I cover the German attack on the Belgian city of Liege in 1914, which, if it had gone a little more smoothly, might well have led to a quick German victory in the First World War.  Finally, in 1981, President Reagan fired striking air traffic controllers, landing a solid blow on the labor union movement from which it has never really recovered.
When we get to current events, Brian and I talk about the boneheadedness of big city mayors, who won't take any federal help in the battle against crime...or maybe I should say "crime," because the Democrats seem to have convinced themselves that it's all an illusion anyway.  We talk about the ongoing negotiations over additional stimulus measures, and why the Dems might be happy to let the American worker twist in the wind.  Finally, we ask the question on everyone's mind these days: which zero will Biden pick as his co-loser, or deputy loser, in 2020?  My money's still on Kamala.
Listen in and be informed!
https://wlea.net/newsmaker-august-5-2020-dr-nick-waddy/
Posted by Nicholas Waddy at 12:43 PM