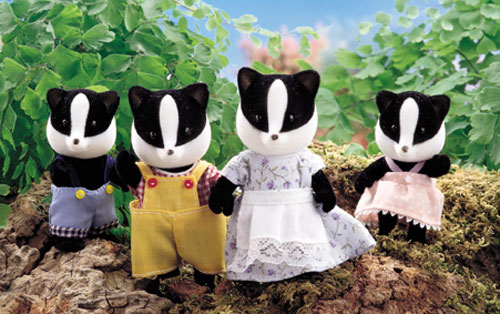 Friends, the good people of Wisconsin -- the Badger State -- are in for a treat.  Just as their hopes were dimming, with hundreds of lousy Democrats set to descend on Milwaukee August 17th-20th for their national convention, Mike Pence recently announced that he too will make a campaign swing through the state: on August 19th, the very day that Biden's VP (President-in-waiting) accepts her crown.  That's the subject of my latest article.  Read and enjoy!

Recently, Sleepy Joe Biden made the allegedly “responsible” choice to remain in Delaware throughout the Democratic National Convention, to be held in Milwaukee, Wisconsin, August 17th-20th. That's right — Biden will be the first presidential nominee since FDR in 1944 (who was at death's door) to skip his own party's convention. He will instead hide in his basement, as is his wont.

Vice-President Mike Pence, however, sensing an opportunity, will campaign in Wisconsin on August 19th, the same day that Biden's soon-to-be-chosen running mate will accept the Vice-Presidential nomination (that's assuming Biden can find someone willing to be his understudy/nurse).

The Democrats' reaction to Pence's announcement was as swift as it was predictable. They called Pence's decision “disgraceful”, insofar as he will be going to Wisconsin despite the fact that COVID-19 infections in the state are, according to them, rising.

Never mind that the actual numbers, according to the 7-day moving average reported by the state's Department of Health Services, are trending slightly downward. And never mind that the Democrats themselves have not canceled their convention in Milwaukee, which, despite being slimmed down, will still draw hundreds of people to the state's biggest “hot zone”.

In fact, recently several workers helping to prepare for the DNC tested positive for COVID-19. Did the Democrats scrap their plans and opt for a virtual convention instead? No, but they expect Mike Pence to hole up in his basement, all the same.

The truth, of course, is that Joe Biden is staying put in Delaware, and making only a perfunctory appearance via satellite at his own nominating convention, because his handlers fear the awful consequences of allowing the public near the ticking time bomb that is Sleepy Joe.

The national convention represents, next to the presidential debates — which more and more Biden allies are advising him to skip — the biggest test the candidate will face on the road to the White House. That Biden and his inner circle do not believe their man is up to the challenge, even if he made his acceptance speech from a Milwaukee television studio or hotel suite, tells us everything we need to know about Biden's fitness for office. It also tells us just how much confidence his key advisers repose, or don't repose, in the “man who would be king”.

Mike Pence, on the other hand, is traveling the nation, doing his utmost to convince the American people that four more years of conservative, God-fearing, liberty-affirming, “America First”, and constitutionalist leadership is infinitely preferable to turning the country over to socialists, anarchists, moral relativists, apologists for criminals and rioters, and “woke” authoritarians.

Even if the Democrats weren't preparing to nominate a ticket featuring a babbling, skeletal has-been, and an unqualified upstart chosen to put a fresh and agreeably non-white face on a party actually run by warmed-over hippies and special interests, it would still be utter madness to vote for the Dems.

Pence knows this better than anyone, and thus he owes it to America and to every one of us to exert himself to ensure that he and Donald Trump succeed in November. His duty, in other words, is to remain in the arena, to campaign responsibly and with due deference to local, state, and national public health guidance, but above all to continue to engage with the American people.

The Democrats appear to believe that the way to win the presidency is to hide from the voters and to rely on the media to do their dirty work for them. Given their stumbling, fumbling candidate and the undisguised Trump-hatred of most journalists, they may be right.

We Republicans, though, cannot afford to hide from anyone. We must work harder than ever to persuade the electorate to do the right thing, which means: to defeat the Left's brand of America-hating Marxism once and for all.

If it takes a trip to Wisconsin to seal the deal, then Mike Pence would be foolish not to go.

And here it is at American Greatness!

Posted by Nicholas Waddy at 1:02 PM