Kamala Averts Her Eyes When Sleepy Joe Gets Grabby 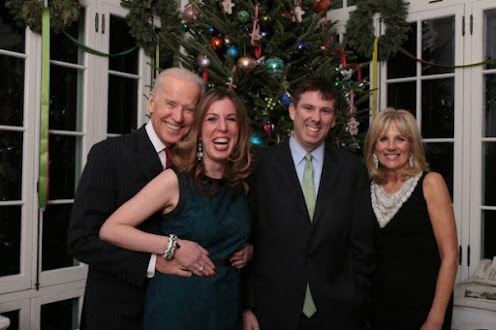 Friends, it's no big secret that Joe Biden likes to touch women and girls.  There's a time and a place for everything, though, and even Sleepy Joe has admitted that sometimes his hands have roved a little too often and a little too far and wide.  Lest we forget, however, Biden has been accused of more than just "inappropriate touching".  He's also been accused of sexual assault.

Back when she was running for the Democratic nomination, and Joe Biden looked like the political version of roadkill, the Kamster made it clear that she believed his accusers.  In other words, she thought him guilty of a serious crime and a career-ending outrage.  Now that Biden is the Dem's presidential nominee, though, and now that Kamala Harris is his right-hand-woman, she isn't so sure.  In fact, she'd rather talk about Joe's fantastic record on women's issues.  In other words, she'd rather change the subject.

This article brilliantly exposes Kamala for the hypocrite and opportunist that she is.  Will the media ask her and Sleepy Joe hard questions about these accusations of sexual assault?  Presumably, no.  That's old news, and it's a distraction from the parade of baseless accusations against President Trump that are the substance of "journalism" these days.  Nevertheless, you and I know better.  We know a slimeball when we see one.  Or two.

Posted by Nicholas Waddy at 3:42 PM