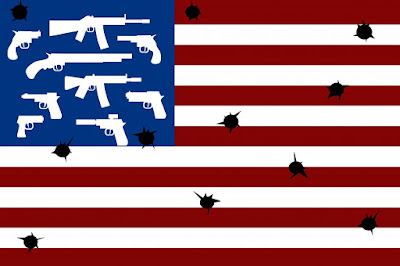 Friends, today I recommend to you two articles, the first of which, although on the long side, will give you some great historical and global perspective on the problem of "mass shootings".  Now, mass shootings are real and they are tragic, but there is little doubt that statistics about such incidents are frequently manipulated to support an anti-gun rights agenda.  The Left is famous, or at least it should be, for falsely claiming to have a monopoly on "science", "facts", and "data", but all too often this claim is based on chicanery and blatant dishonesty.  As this article makes plain, violence and gun violence are global problems, and they have been around for a very long time.  Moreover, as Chicago has proven beyond a shadow of a doubt, "gun control" offers no solution.  Let's study the problem dispassionately and see what common sense measures can be taken to reduce mass shootings -- but let's NOT throw the baby out with the bathwater and take away Americans' constitutional rights.  Are you with me?

The second article is depressing, but perhaps not shocking, given the fallen world we live in: it concerns Nike's decision to make Colin Kaepernick a spokesman for their "Just Do It" advertising campaign.  Kaepernick certainly doesn't merit such adulation based on his football career.  No, it's his "courageous" decision to disrespect the American flag, in the pursuit of his private political agenda, that has Nike swooning.  Many Americans are showing their outrage by destroying their Nike sneakers and gear.  I must admit, I'm tempted to do so myself, although such a response smacks of leftist "snowflake" theatrics...  What do you think?  Should I light the match...or not?