We Have Not Yet Begun To Fight (China)! 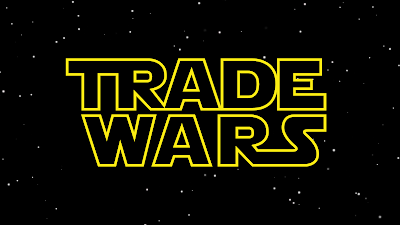 Friends, don't believe everything you hear in the mainstream media.  In fact, believe as little of it as possible.  You hear over and over how trade wars are "stupid" and will only end up hurting all sides.  In fact, the media portrays Trump's trade dispute with China as a mistake of epic (even economically suicidal) proportions.  The truth, as you see in this article, is that thus far the tariffs against China are limited in scope, and have not even succeeded in reducing our trade deficit!  That is, Chinese exports to the U.S. are up, not down!  This is true partly because the Chinese are cooking the books, as usual.  They have devalued their currency to counteract the effects of our tariffs.  They want to maintain their grip on the U.S. market at all costs.  In any case, the "trade war" is only in its early days, and President Trump intends to greatly increase the percentage of Chinese goods subjected to tariffs.  Thus, the medium- and long-term effects of this trade dispute are something that we can only speculate on, at this stage.

The WaddyIsRight perspective?  This trade war has been a long time in coming, and it is absolutely necessary to realign our trading relationship with China and ultimately the rest of the world.  No other president, sadly, would have cared enough about American interests to push things as far as they have gone to date, but China needed to be called on its trade manipulation and hypocrisy, and -- thank God! -- Trump has done it.  My view is that the U.S. and China are already too economically interdependent, and, if this trade war leads us ultimately to diversify our trading links, and deepen our trade ties with countries other than China, that's all to the good.

In sum, the sky isn't falling, despite what the Chicken Little crowd in the mainstream media claims.  President Trump has thrown down the gauntlet, and, in the end, the Chinese will buckle and make a deal, just like South Korea and Mexico have done already.  And, if they don't, we'll buy our tvs and our tennis shoes elsewhere.  So be it!