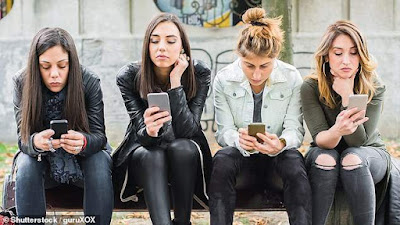 Friends, I wanted to share with you this very stimulating analysis of what is wrong with the rising generation, and what wrongs have been done to them by our political, cultural, and economic elite.  Youngsters increasingly feel hopeless.  In some ways, they do face major headwinds and challenges.  On the other hand, a series of catastrophist ideologies are also being fed to them on a daily, if not hourly, basis.  One factor which this analysis doesn't mention is debt.  It's always amazed me how indifferent young people are to the steady accumulation of public debt by the generations currently in power.  We just spent $6 trillion fighting COVID, for instance.  That's $6 trillion that your kids and grandkids will be paying interest on ad infinitum.  It's also $6 trillion that, when our credit runs out, future generations won't be able to borrow.  Our spendthrift ways, in other words, come at a cost, and it's a cost that we refuse to pay, but we insist that future generations pay for us.  They ought to be hopping mad.  Instead, they're too busy figuring out which gender they are, and fiddling with their smartphones, to care.  Ignorance is bliss?  Apparently not, because they're also the most depressed and self-pitying generation ever.  It's a sad state of affairs!

And here's another fine article.  Remember how, before the 2016 election, the establishment and the Left wrote off Donald Trump as a clown and a huckster?  They assured us he could never be elected president...  Well, in the wake of DJT's "defeat" in 2020, and the debacle of January 6th, the establishment and the Left seem to have reconvinced themselves that Trump is a spent force.  I mean, it's so obvious that he's a fascist, insurrectionist, criminal degenerate -- why would anyone vote for such a man???  And yet, to the American people, it's apparently not obvious at all.  Trump currently enjoys the highest favorability rating that he has ever received (since RealClearPolitics began tracking his numbers in mid-2015).  Polls say he is well-positioned to win in 2024, if he decides to run.  Now, some of this may be illusory, or at least transitory.  That's because Trump currently benefits from the fact that the media isn't obsessively trying to undermine him.  He's simply not in the news as much as he used to be, and pretty much all the news he used to generate, in certain papers and on certain networks, was negative.  If Trump runs again for president, the merchants of Trump-hatred will redouble their efforts, needless to say.  Despite all that, Trump has indeed mounted a remarkable comeback.  The establishment and the Left would be foolish to dismiss him in 2024 as they did in 2016.  My guess is that ultimately they won't be caught napping this time around.

Posted by Nicholas Waddy at 1:12 AM