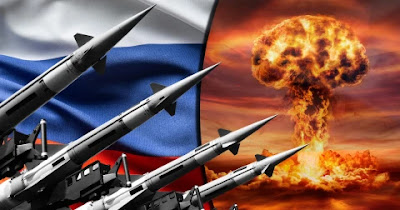 Friends, there's so much going on in terms of current events that this week's Newsmaker Show didn't even make it as far as "This Day in History".  Brian and I considered recent developments in the Russia-Ukraine conflict, with an eye to forecasting the degree of danger we face of nuclear war.  My intuition tells me that we'll probably step back from the brink, but I wouldn't bet the farm on it, with "statesmen" like Sleepy Joe at the helm...  Brian and I also tackle the declining toll of the COVID pandemic, the import of Elon Musk's acquisition of Twitter for the future of free speech and pluralism, and the lessons of the French presidential election.

Allons-y!  Pull those baguettes out of your ears and listen in to this week's broadcast...

Some of you may be wondering what my reaction is to Elon Musk's Twitter acquisition...  Well, the Newsmaker interview says it all, but in a nutshell I'm cautiously optimistic.  Yes, Musk appears to value free speech more highly than most Democrats do.  Maybe most Republicans, for that matter.  That's all to the good.  However, many complications will remain.  How much will content still be moderated, and how fairly?  How relevant is Twitter, since it has far fewer members than several other social media platforms?  Isn't a multiplicity of platforms preferable to one mega-platform, even one controlled by a benevolent autocrat like Musk?  To what degree can Musk overcome institutional resistance to his advocacy of free speech, i.e. will Twitter employees and/or advertisers sabotage his attempted transformation of Twitter?  Assuming Twitter does become an unbiased, fair-minded public square, will the Left mobilize all its forces to destroy Twitter (and Musk), as it did with Donald Trump and his movement?  Finally, what are the prospects for a rediscovery of the value of free speech at Facebook, Apple, Google, etc.?  I don't have answers to these questions, but, as I heard Glenn Greenwald say yesterday, the recent changes at Twitter can hardly put conservatives in a worse position in the digital realm.  The likelihood is that we'll be better off, and that's a small miracle, in this day and age!

In other news, Florida Governor Ron DeSantis looks looks more and more appealing as a 2024 GOP nominee, but he's got one giant hurdle ahead of him: DJT.  If I were Ron, I'd try to co-opt Trump and charm him into staying on the sidelines.  I sure as heck wouldn't take him on mano a mano.

We don't mention it nearly as often as Facebook or Twitter, but it's worth remembering that one of the world's most trusted sources of information is a "social media" entity called Wikipedia.  And -- you guessed it! -- it leans way to the left.

Russia's economy is being buffeted by Western sanctions, but you wouldn't know it looking at the value of the ruble.  Thanks, in part, to rising gas prices, the ruble is at a two-year high.  That could help keep Russia in the fight in Ukraine.

No less an unimpeachable authority than Dr. Fauci now says that the COVID pandemic is over in the U.S. of A.  Wow!  Does this mean I can finally leave my house???

Good news!  You can now sign up for a credit card that is explicitly conservative and supports conservative causes and organizations.  What a refreshing change!

Finally, the prestigious University of California system is promising free tuition, plus free room and board, for all Native Americans who matriculate.  In other words, it's racial discrimination galore in the UC system!  What else is new?  I predict yet another lawsuit based on the obvious argument that offering scholarships solely on the basis of race is...racist, and it's prohibited by anti-discrimination laws.  Duh!

Posted by Nicholas Waddy at 4:26 PM