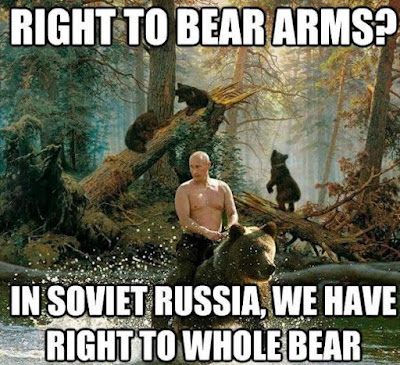 Friends, this week's Newsmaker Show with me and Brian O'Neil might just be the best of all time -- and that's a high standard, as you know!  Brian and I cover some weighty topics, including the political future of Joe Manchin, the derisory standing of national Democrats in the polls (even "fake" media polls!), and the unexpected escalation of the Durham inquiry into the Trump-Russia hoax and its perpetrators.

When we turn to This Day in History, Brian and I cover war remembrance and the rise of pacifism in the last century, with profound implications for the effectiveness of strategies of deterrence.  We also talk about the German invasion of Vichy France in 1942, the seeming impossibility of winding down ANY governmental program or agency, and George W. Bush's challenge to the U.N. in November 2001.  He demanded that the countries of the world make battling terrorism their number one priority -- a point of view that seems downright quaint nowadays!

Whew!  This analysis is HOT HOT HOT!  Don't miss a second of it.

In other news, a major Wall Street firm is now judging its executives based on their attainment of numerical quotas for the hiring and promotion of women and minorities -- and the hiring of white men is apparently so presumptively offensive that managers require special permission to do so.  Seems like now might be the time to remind these people about the Civil Rights Act of 1964!

Inflation is heating up!  What's worse, for the Dems, is the real possibility that Joe Manchin will use inflation as a pretext to tank their ambitious reconciliation bill.  That would be a silver lining to our economic plight, no?

Hate crimes sure are hateful!  I'm sure we all agree on that.  What we don't seem able to agree on is whether "hate" is the exclusive preserve of white people.  I mean, do people of color ever commit hate crimes?  I've certainly never heard of such a case on CNN or read about one in the New York Times...  And yet, as it turns out, non-white people are actually PEOPLE, with all the foibles one might expect in homo sapiens.  Whoa!  What a revelation.

Now, we've been lamenting the state of the American academy for years on this blog.  The capture of higher education by woke lunatics is very nearly complete.  That's why it's so interesting that Niall Ferguson and some other intellectuals have launched a bold new project to build a new university in Austin, Texas -- one that doesn't cancel freedom of conscience and free speech, in general, and conservatism, in particular.  We here at WaddyIsRight wish those engaged in this noble crusade the very best of luck!

Speaking of the pitfalls of American education, don't look now but some California school districts are eliminating grades A, B, C, D, and F because (you guessed it) those letters are RACIST!  They're also encouraging teachers to stop evaluating students based on "subjective" and "irrelevant" factors like their behavior, participation, or whether or not they show up or hand in work on time.  Consider, however, where this leaves us.  The Left has already cancelled standardized tests like the SAT -- objective measures of performance -- because these tests don't lead to the kind of racially "equitable" results that they're looking for.  Translation: black and Hispanic students don't do well on standardized tests, generally speaking, so out they go!  Now the woke crowd is saying that subjective measures are also suspect, because they provide a means by which "bias" can contaminate the educational process.  But, and this is the important point, if we can't evaluate students of color objectively or subjectively, then we can't evaluate them at all!  Nowadays, no system of assessment that leads to the stigmatization of (some) students of color as failures, in any way, shape, or form, is permissible.  I think the only conclusion one can reach is that grades and meritocracy are not long for this world, and in the foreseeable future life's rewards will be distributed on the grounds of "equity" (i.e. based on the agenda of the Left) and not based on "merit" of any kind.  Assuming you don't mind if the bridge that you're driving over was designed by a cretin, or if the doctor performing your open heart surgery isn't entirely sure where hearts are located, then you should be entirely satisfied with the world of tomorrow!

Finally, I believe everyone should make their own decisions about whether to "get the jab".  The simple fact is, though, that the Trump vaccine is effective.  Will it turn us all inside out after one year of percolating in our bloodstream?  Maybe, but I doubt it.  In the meantime, though, it does seem to lower, to a remarkable degree, one's susceptibility to the coronavirus.  So I say: bravo, Trump!

Posted by Nicholas Waddy at 3:22 PM