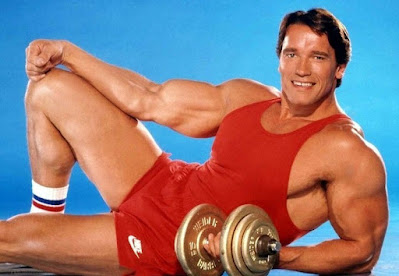 Friends, this week's Newsmaker Show with me and Brian O'Neil covers all the bases.  In terms of current events, Brian and I discuss the ramifications of the passage of the much-ballyhooed "infrastructure bill" (yawn!), Prince Harry's one-man crusade against "misinformation" (double yawn!), the sham "climate conference" that recently concluded in Glasgow, the Wyoming GOP's expulsion of Liz Cheney, and the never-ending story of Bidenist/Dem deterioration in the polls.  My my!  That's a lot of top-grade analysis!

When we turn to This Day in History, Brian and I talk about Arnold Schwarzenegger's stint as California Governor, followed by his estrangement from the GOP during the Trump era; the "Velvet Revolution" in Czechoslovakia in 1989 and the incredibly rapid disintegration of Eastern European communism; and the phony leftist narrative of the cruelty of U.S. forces fighting in Vietnam and, later, Iraq.  There is, I declare, no moral equivalency between the American military and the forces of America's enemies, like Al Qaeda and the Viet Cong.

All in all, it's a great show.  The only thing missing is...you!

In other news, doubts about Sleepy Joe's physical and mental fitness are going mainstream.  Yikes!  This is not good for the alleged President of these United States...  The problem for the Dems, of course, is that their backup Prez, i.e. Kam Kam, is no better!

And, as you see here, Fox News is handicapping some key Governor's races in 2022.  Republican opportunities for pickups abound!

Posted by Nicholas Waddy at 3:06 PM