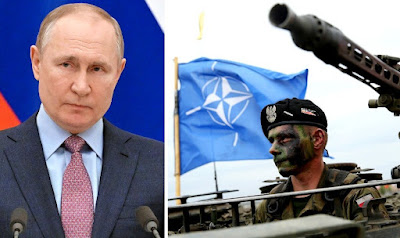 Friends, I bring you greetings from the great city of Montreal, Quebec!  I'll share more of my reflections on the wonders of Canada in the days ahead.

Before I do, consider this article by Senator Josh Hawley, who is daring to go against the conventional wisdom and oppose the addition of Sweden and Finland to NATO.  He makes some excellent points: we may well be overextended in Europe, and, as I've said on many occasions, we prioritize Russia over China at our peril.

Trump is making some very interesting and critical comments about Ukraine's position vis-a-vis Russia.  Basically, he's saying that Ukraine helped to bring its present plight on itself, and so did we.  I agree wholeheartedly, and I also think Trump has a point that, if he'd been reelected, Russia might never have had the impetus, or the gumption, to attack Ukraine.

Finally, I know many of you enjoy the programming offered by Fox News, but make no mistake: Fox is engaged in a conscious, concerted effort to prevent Donald Trump from becoming the Republican nominee in 2024.  In that sense, Fox is now allied with the mainstream media, and it is hellbent on manipulating its own (credulous?) customers.  Are you one of them?  Well, then you should at least be aware of the agenda that is governing the "news" you're given.

Posted by Nicholas Waddy at 8:33 PM