Can the Rule of Law Be Overruled? 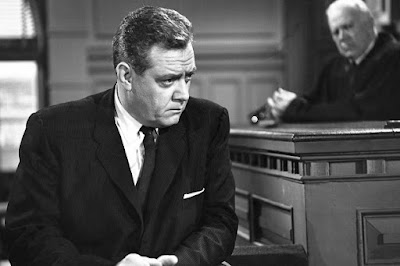 Friends, if there's one thing that the modern Left believes, it's that people it doesn't like are automatically guilty of...everything, while people it does like, usually for reasons of partisan affiliation or identity politics, are automatically innocent.  Evidence, per se, is beside the point.  That's why it's so scary when leftists become judges, or prosecutors, because the Constitution and the law, as they are written, quickly become mere loose guidelines in the hands of these creative thinkers.  Their subtle minds can explain to you all day long why Donald Trump is guilty of insurrection and fraud merely for questioning an election, while Stacey Abrams isn't.  They can also explain why the Constitution, which never mentions abortion, contains a right to an abortion, but which does mention a right to keep and bear arms actually doesn't protect gun rights in the least.  But I digress: the point is that, when people whose comprehension of "truth" and "law" is so slippery get control of, say, the FBI, or the Department of Justice, or a federal judgeship, or a state Attorney General's office, or become a city District Attorney, they quickly find that great swaths of constitutional interpretation and of federal, state, and local law are odious to them...and so they set about trying to abolish them, either by commission or omission.  It's the latter that I would draw to your attention today.  "Justice Democrats" across this country are advocating the non-enforcement of laws that they find racist, sexist, homophobic, or merely inconvenient.  The Biden administration is embodying this approach in its refusal to implement our nation's laws against illegal immigration.  Worse, many local prosecutors are, as a matter of policy and on principle, refusing to prosecute people charged with the commission of a long list of serious crimes, many of them violent crimes.  As a result, crime is surging, especially in urban areas, but the prosecutors elected by the deep blue constituencies in these areas actually congratulate themselves for rolling back the hyper-racist police state that supposedly oppressed minorities until the progressives came along to liberate us from law and order.  This article, though, is about a specific case in which a specific conservative Republican, Florida Governor Ron DeSantis, took a stand against this trend of deliberate and shameless non-enforcement of the law.  He suspended an elected prosecutor in the Tampa area, and a firestorm of controversy has predictably ensued.  Was DeSantis in the right, legally and constitutionally speaking?  I have no idea.  That's ultimately up to Florida judges and Florida legislators to decide -- and, even more fundamentally, up to the people of Florida.  Personally, I'd say they'll all have their hands full, because the simple truth is that vast numbers of highly placed officials in our criminal justice system now believe that it is their duty not to uphold the law, but to undermine it in the interests of "social justice"...or, to be frank, they believe simply that "the law" is and ought to be whatever they say it is in the moment.  This is a very serious problem, and gubernatorial oversight and intervention isn't a perfect solution by any means, partly because Governors are just as likely to be part of the problem as they are part of the solution.  What do you think of Governor DeSantis's actions?  Is there a way we might bring these rogue prosecutors who refuse to prosecute, and judges who refuse to judge, and policemen who refuse to police, to heel?  I'm curious if you see any reason for optimism, because I'm struggling to find a silver lining myself.