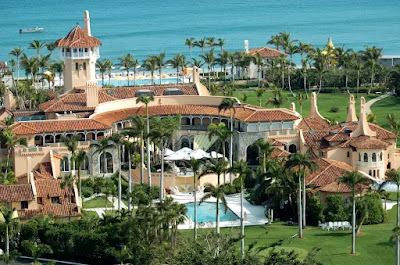 Friends, my latest appearance on the Newsmaker Show allowed me and Brian O'Neil to tackle some truly momentous issues, including the FBI raid on Donald Trump's Florida home, Mar-a-Lago, and it's implications for the American politics and American justice.  Basically, the Left is trumpeting a new form of "justice" in which everyone, and every group, it favors is above the law or automatically innocent, whereas the guilt of Trump and prominent Trumpers is a given and it becomes the duty of law enforcement and prosecutors to "get" the right before the voters have a chance to weigh its merits.  Bottom line: DJT is very unlikely to receive "equal justice" from the FBI, DOJ, or even the federal courts, and so he is indeed in legal jeopardy.  It would not be shocking to see him frog-marched off to federal prison.  (Good news for Team DeSantis?)

Brian and I also talk about the perils of NATO expansion, the "long game" for Liz Cheney, the futility of stirring the Taiwanese pot and incurring China's wrath, and the high stakes of the 2022 election, given that the Dems are very close (numerically) to bending the House and the Senate to their will -- and their will includes measures that would effectively end our multiparty democracy.  In a word, therefore, get out and VOTE!

In other news, just in case you thought the DOJ's dragnet is only ensnaring Donald J. Trump, guess again.  FBI agents also seized the cell phone of a Trump ally in Congress.  What were they looking for?  Evidence of another "insurrection" (any day now), I would guess...  It sure looks like the Washington establishment has decided that their standard playbook of incessant calumny isn't working against Trump and Trumpism, so the time has come to "shake the tree" and experiment with the tools of law enforcement/malicious prosecution.  How far are they prepared to go?  We'll soon find out.

Posted by Nicholas Waddy at 2:37 PM