O Canada -- What Were You Thinking? 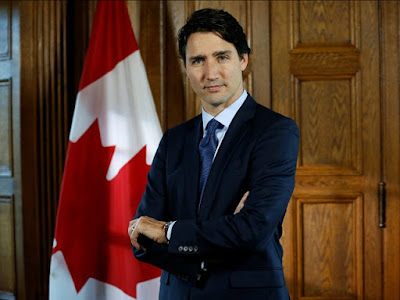 Friends, this week's Newsmaker Show with me and Brian O'Neil focuses on some major developing stories: the fallout from last week's Democratic debate, the tensions at the Syria-Turkey border, Hillary Clinton's deranged attacks on Tulsi Gabbard, the political calculus of impeachment, and the disappointing demi-victory of Justin Trudeau's Liberal Party in Canada's federal election.

In addition, Brian and I make time to talk about the historical ramifications of the Great Depression, the anniversary of the Beirut bombing that killed 241 Americans in 1983, and the Soviet incursion into Hungary in 1956.

Brian and I were on a roll!  Don't miss a second of it.

https://www.youtube.com/watch?v=NheaWWSJsP0&feature=youtu.be
Posted by Nicholas Waddy at 11:29 AM