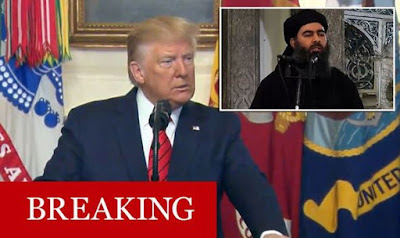 Friends, this week's Newsmaker Show is a tour de force.  Brian and I talk about the fate of Brexit and the seeming inevitability of a December election in the U.K., political divisions in Canada, the politics of deficit spending, the evisceration of ISIS and the death of its leader al-Baghdadi, the state of play in the Democratic race for President, the latest moves in the impeachment fiasco, as well as historical themes like the Great Depression and the legacy of Orson Welles's "War of the Worlds" radio broadcast.  In short, it's no stone left unturned this week on the Newsmaker Show!  Check it out.

https://www.youtube.com/watch?v=TC4zrGObEUU&feature=youtu.be
Posted by Nicholas Waddy at 11:47 AM