Bang, Bang! You're Dead...And Other Flights of Fancy 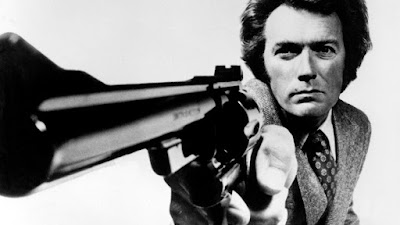 Friends, one of the key differences between the United States and virtually every other "developed" country in the world is that here we still value and respect the right to keep and bear arms.  Other allegedly civilized countries believe that the citizenry cannot be trusted with firearms.

One reason why gun rights have been rolled back elsewhere, and why they are under constant threat here, is because the powerful, elitist gun control lobby masterfully uses emotional manipulation to delude the public about the danger guns pose.  That danger is real, but the perception of it is woefully inaccurate in important ways...and the Left wants to keep it that way.

My latest article examines the irrationality of the liberal case for gun control.  Since left-wingers routinely claim to be both smarter and more rational than conservatives, it's worth reflecting on just how irrational they can be!  Read on, and see if you agree.

And here are two other gems for you, if you have the time.

The first is an article by Eric Trump, in which he highlights how hostile and dismissive the media has been towards all members of the Trump family -- compared with how keen they are to shield Hunter Biden from any scrutiny.  Can you say "HYPOCRISY"???

And the second article details Joe Biden's dwindling fundraising totals.  I can't say I'm surprised.  Biden lacks energy, and so does his campaign.  As his aura of inevitability fades, his campaign may spiral down into irrelevance.  Then again, if he's got any fire in the belly, he may soon start taking shots at Warren -- and there's plenty there to attack, isn't there?

https://www.nbcnews.com/politics/2020-election/joe-biden-trails-rivals-15-2-million-raised-third-quarter-n1062251
Posted by Nicholas Waddy at 12:51 AM