Move Over, Woodward and Bernstein -- WaddyIsRight is the New Journalistic Powerhouse! 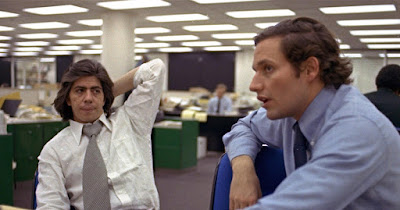 Friends, today the WaddyIsRight empire grows even larger.  Check out my latest article -- in the prestigious New York Daily News.  It relates to a case that New York State is pursuing against ExxonMobil, the latest in a long line of nuisance lawsuits filed by New York prosecutors against companies, organizations, and individuals that rub them the wrong way.  The Trump family knows all about this phenomenon.  The NRA is getting the message too.  If New York has its way, you may not be able to put gas in your car, or heating oil in your furnace, when all is said and done, so don't imagine that the fate of ExxonMobil is irrelevant to your lives.  Judicial activism and litigiousness are cornerstones of the liberal master strategy for total domination.  What they can't obtain with executive or legislative power, you can be darn sure they will try to obtain via the courts.  Keep your eye on the ball, America, because the Left is relentless and highly inventive!

In other news, the end game for Brexit is coalescing as we speak.  It looks as though Boris Johnson's government has accepted that Britain won't leave the EU on October 31st.  It also looks as though the EU has agreed to an extension, in principle, but hasn't agreed to its extent or terms.  Boris is once again seeking an election to firm up his mandate and achieve a working majority in Parliament -- and Labour is once again playing coy about whether it will permit an election to take place.  So, to make a long story short, everything is up in the air.  But to me the gist of the matter is this: an election is coming soon, which the Conservatives are likely to win.  A vote on Boris's new deal is coming soon, which Boris is again likely to win.  The anti-Brexit forces are playing for time, therefore, but in the coming months I believe victory will be secured -- for Britain, for Boris, and for democracy itself.