A Messiah He Is Not 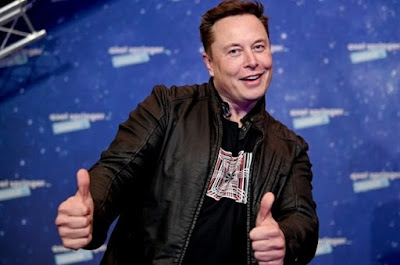 Friends, my latest article concludes that Elon Musk is a neat guy, to a point, but his failure to secure the future of free speech on the internet comes as no great surprise, and his failure to make the world safe for conservatives was wholly predictable, since he never was "one of us" to begin with.  Check out my analysis and see if you don't agree:

Elon Musk Is Not Your Savior

Conservatives may have noticed the recent spat between Donald Trump and Elon Musk. Trump called Musk a “bullshit artist”, and Musk replied that it was time for Trump to “sail into the sunset”.

But Trump has a point. Remember how Musk was supposed to save free speech on the internet by buying Twitter for $44 billion and sending the Twitter censors packing? Now, he's backing out of the deal, allegedly because of doubts about the number of human customers Twitter has, as opposed to “bots”. Many suspect, however, that the original $44 billion price tag now looks absurdly high, given that tech stocks have been hammered in recent months, and Musk is actually trying to save himself some money by renegotiating. Another distinct possibility is that Musk has taken note of the Left's fury – and the pique of many of his virtue-signaling customers (a lot of CNN viewers drive Teslas) – and thus decided that remaking social media along libertarian lines wasn't worth the hassle.

In any case, Musk's retreat on the Twitter front has left many conservatives crestfallen, because it will mean that in the short term, and probably the long term, all major social media companies will remain in the hands of woke ideologues committed to “curating” the internet and purging it of dissent, including principled conservatism.

Thanks a lot, Elon!

There were always compelling reasons to doubt Musk's bona fides as the savior of free speech, however, and suggestions that he was a “conservative” were simply delusional.

Musk admits that he's never voted for a Republican before this year. He's described himself as a “socialist”, and, true to form, the business model of the world's richest man is heavily dependent on government subsidies, tax breaks, and contracts.

Musk is a fervent advocate of climate alarmism, since it helps to justify government support of “green energy” projects like his electric cars. Musk is also deeply committed to expanding his business operations in China, and he has thus lavishly (if cynically?) praised the dictatorial regime of the Chinese Communist Party.

Musk has generally parroted the Left's agenda on social issues too, and he's lived an “alternative lifestyle” himself, fathering ten children with three separate women, with three of those children born within a month of one another in late 2021! Musk's idea of “traditional family values” consists of naming a recent son X, and a daughter Y. Father knows best, indeed!

You have to hand it to Musk, though. He practices what he preaches. He's said that “a collapsing birth rate is the biggest danger civilization faces”. That must be why he recently visited a famous Berlin sex club wearing a Zorro mask. Practice makes perfect, right? I mean, unless he spent his time there workshopping a new platform for the GOP. Seems unlikely, though.

All in all, Musk is a sometimes brilliant and visionary egomaniac, a ruthless and wildly successful businessman, and an intriguing celebrity with a unique backstory and a tendency to express himself freely and without concern for what anyone else thinks (and a healthy respect for others who dare to be different). All of this makes Musk an occasionally sympathetic figure for conservatives, who, like Musk, are outsiders disdained by the woke elite. None of this, however, makes Musk a conservative, per se, and there's certainly nothing in his background that would suggest, in any way, shape, or form, that his dedication to conservative, constitutional principles can compete with his vanity or his desire to make money.

In other words, conservatives, Republicans, and Trumpers, if you're looking for a man to make the world safe for right-wingers again, don't pin your hopes on Elon Musk. He's about as likely to persuade Twitter to un-censor you as he is to build a city on Mars (which is also, naturally, on his to-do list).

If you're in the market for a Savior, then, get out the Good Book and start reading. Musk will disappoint you 99% of the time. God has a much better track record.

In other news, the Fed has raised interest rates yet again, in a series of moves designed to bring inflation under control -- at the risk of increasing the chances of a recession (which may already be underway).

Did the Trump administration try to provide National Guard troops to protect the Capitol on January 6th, 2021?  It sure looks that way, and the Capitol Police and the D.C. Police rebuffed those offers of federal support.  Why?  They were more afraid of the perception of the "militarization" of the election certification process than they were of violent protestors.  I find that entirely believable.  Leftists frequently view policemen and soldiers as "jack-booted thugs", and the security officials who made the key decisions leading up to January 6th would have been sensitive to Democrats'/progressives' paranoia.  Remember, there was also a lot of talk before January 6th about Trump staging a "coup".  Beltway insiders might have been afraid that National Guard troops would be acting in Trump's interests, and not in the interests of law and order -- and therefore they would have wanted to keep the feds away from the Capitol.  Makes perfect sense.

Finally, the enigmatic Joe Manchin now seems willing to back corporate tax hikes and significant new spending on "green energy" and prescription drugs.  Why the change of heart?  Who knows.  If the Dems think they can buy the gratitude of the American people this November, however, I confidently predict that they will be sorely disappointed.  In fact, more spending might fuel inflation, which will only dig the Dems' hole a tad deeper...