This Just In: The New York Times Vindicates Trump? 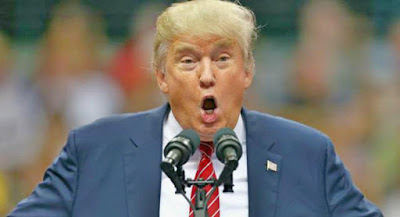 Friends, the New York Times gave a backhanded compliment to President Trump today, admitting that his tariffs and America First trade policies are deepening the economic malaise affecting China.  Remember when the Left and supposedly every qualified economist predicted that Trump's "trade war" would cause unending misery...for Americans?  Well, the robust U.S. economy has put paid to those claims, but as I predicted China is much more vulnerable to a trade war than we are.  Exports (especially to the U.S.) drive China's economy.  They can ill afford to pick a fight with the United States of America.  Will China ultimately blink, accepting many of our demands?  I have little doubt that they will.  My only worry is that our demands will be too modest, and the trade deficit will continue to fester.  The germane political question is: when Trump wins his trade wars, as he surely will, will the New York Times give him any credit?  Not much, I would guess, and only on page 22...