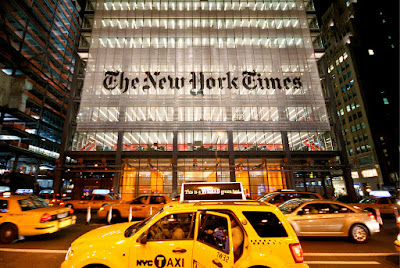 Friends, sometimes I see an article title so loony that I just have to read it.  This gem comes to us courtesy of the New York Times, which apparently is giving serious consideration to the proposition that it would be desirable for all human beings to just die already.  That's right, human scum.  You've emitted carbon and tortured cows long enough -- it's time for you to shrivel up and go extinct.  Wow.  This is the sort of "philosophical argument" that could only come out of academia, and frankly I'm surprised even the NYT would entertain it.  Be that as it may, we defenders of Western Civilization should know what we're up against.  Even a pro-human stance can't be taken for granted any longer on the Left.  Oh, la vache!

https://www.nytimes.com/2018/12/17/opinion/human-extinction-climate-change.html?rref=collection%2Fsectioncollection%2Fopinion
Posted by Nicholas Waddy at 12:01 AM