Let's Make a Deal...at the Border? 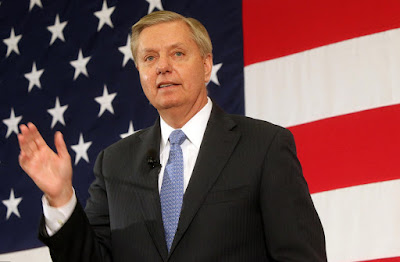 Friends, today I bring you a few articles of note.  The first is more confirmation that China's economy is hurting, and it's President Trump who is delivering some of the pain via our ongoing trade war.  This is good news -- the more the Chinese leadership sees its economy as vulnerable, the more they will be disposed to make concessions and meet US negotiators halfway.  My biggest fear is a fig-leaf agreement that allows the US and China to declare victory, but leaves our unhealthy and unbalanced trading relationship essentially untouched.

In other news, there are strange rumblings from the Bernie Sanders camp about alleged sexual harassment during his 2016 presidential campaign.  The upshot of it is that #MeToo elements are trying to prospectively assert control over the dynamics that prevail in the Sanders campaign going into 2020.  What transpired in 2016?  Who knows.  But look for more self-inflicted wounds on the Left as the presidential primary season gets underway.  Every Democrat will be playing the race card, the gender card, and any other card that they can get their hands on.  The results could be ugly in the extreme.

Lastly, check out this intriguing proposal from Lindsey Graham about how to resolve the government shutdown and get President Trump the $5 billion he needs to build the southern border wall.  Graham suggests that DACA protections for some young illegal immigrants brought to the U.S. as children could be enshrined in the law, in return for wall funding.  It's an elegant solution, especially as all sides agree that DACA recipients should be given some path to legal status, and, theoretically at least, all sides agree that we need a secure border.  A compromise ought to be possible -- but as I've observed before this debate isn't really about the border at all.  I suspect many Democrats would happily betray DACA "kids" if it meant harming Trump.  To put it simply, the main reason Democrats don't want a "wall" is because Trump does.  That's how childish our politics have become.